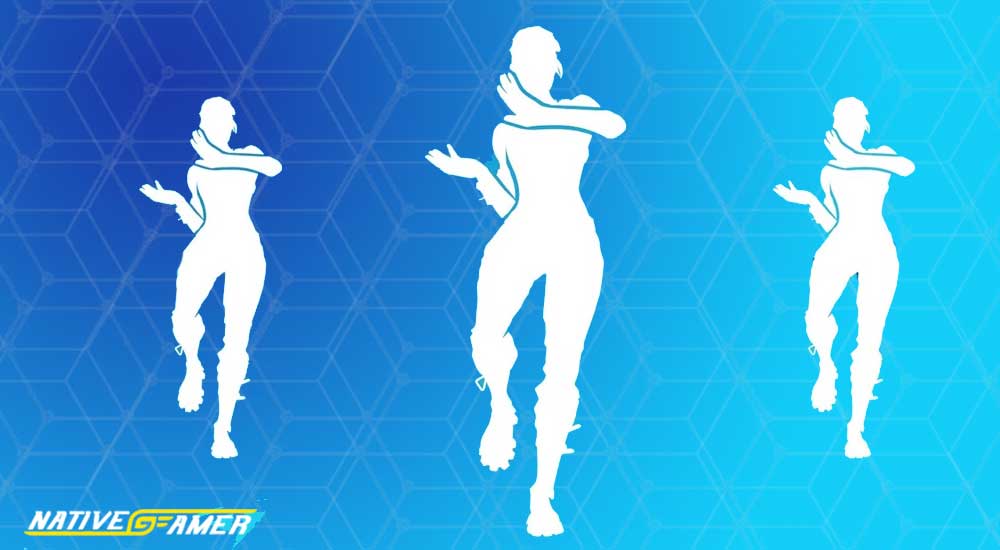 Fortnite emotes are most definitely every player’s favorite cosmetic item in the item shop. There’s no better way to make Battle Royale more fun than using the right emotes. Emotes are a great way to flex your personality and to give subtle responses after outplaying your competitors. Considering how popular emotes are and throughout each season how many have been launched. No one can keep track of every emote. Some emotes are much rarer than others. Henceforth, there’s only a tiny pool of people that own them or are aware of their presence.

Luckily enough some of these rare emotes do make the rounds of the item shop now and then. So, if you’ve missed out on them initially, you’ll still have a shot at them in the future. Let’s take a look at some of the best rarest Fortnite emotes. Now, you’ll know what you’re missing out on and what you need to set your eyes upon!

This particular emote is among Fortnite’s rarest emotes. You can obtain it from Season 2’s Battle Pass right after owning the Ride The Pony emote. Furthermore, the Pony up emote was introduced in season 10. It can surely be the perfect emote for those who desire some cowboy-inspired cosmetic items.

This particular emote was introduced in season 2. Amazingly enough, there are two other alternative and similar Floss emotes. Players can only have access to this emote after they pass tier 49 in Season 2’s Battle Pass. What’s so fun about this emote is that it was inspired by an internet meme.

Players can purchase this rare emote for 800 V bucks whenever it’s available in the item shop. Furthermore, this is a particularly rare emote which was added in Fortnite back in Chapter 1 Season 1. This emote was inspired by Carlton’s dance in the infamous television series named “Fresh Prince of Bel-air”.

This particularly rare emote was added in the game back in chapter 1 season 3. Although it’s been absent from the item shop, players can purchase it for 500 V bucks when listed. The tidy emote’s inspired by rapper Snoop Dogg’s dance in his music video for ‘Drop it like it’s hot.

6. On the Hook emote

This is another rare Fortnite emote which can be purchased for 500 V bucks. Like most rare emotes in Fortnite, the On the hook emote hasn’t been listed in the item shop for a while. Players were introduced to this emote back in Chapter 1 Season 6. Furthermore, players might find the icon used for this emote quite similar to the one used for Hook ammo.

Introduced to the players in Chapter 1 Season 4, the Zany emote is infamous for its rarity. Whenever it’s listed players can purchase it for 500 V bucks. Furthermore, this emote’s inspired by the green alien’s dance in El Chombo’s infamous song “Dame Tu Cosita”. This emote might never make the rounds of the item shop again due to copyright-related issues.

Players require 800 V bucks to make this rare emote a part of their Fortnite collection. This is among the chosen few rare emotes that haven’t been listed in a while. The Pop lock emote was introduced in Fortnite’s Chapter w Season 4. Furthermore, this emote features quite an eccentric pop track at the back.

This promotional emote is an essential part of the Guardians of the galaxy set. The Dance off emote was introduced in Chapter 1 Season 8. Furthermore, players can purchase this rare emote for 500 V bucks. This rare emote is among some of the most popular Marvel-inspired cosmetic items in Fortnite.

Introduced in Chapter 1 Season 6 the Phone It In emote is among the rarest Fortnite emotes. This rare emote can be purchased for 800 V bucks. This emote is infamous for making an appearance after every 70 days. So, keep your eyes on the item shop from now on. Interestingly enough this emote’s quite groovy in its dancing approach.

This emote was introduced in the game back in Chapter 1 Season 7. The marsh walk emote can be purchased for 500 V bucks as soon as it appears in the item shop again. Furthermore, this rare emote is a part of the Marshmello set alongside the Marshmello outfit and Mello glider.

This Battle royale emote was launched in Chapter 1 season 10 and it can be purchased for 500 V bucks. This emote makes the round of the item shop now and then like most cosmetic items. Furthermore, it’s also inspired by a viral social media video.

The rawr emote is an essential part of the Dino Guard set in Fortnite. This particularly rare emote became a part of the Fortnite universe back in Chapter 1 Season 4. Furthermore, the rawr emote can be purchased from the item shop for 500 V bucks. Interestingly enough this emote’s based on a viral video of a fireman.

This emote can be purchased from the item shop in Fortnite for 200 V bucks. Additionally, it was introduced in the game back in Season 9 but ended up becoming quite rare over time. Furthermore, this rare Fortnite emote appears quite similar to the Battle call emote.

Chapter 1 Season 4 featured the introduction of this rare emote in Fortnite. Whenever the chicken emote gets listed players will need at least 500 V bucks to make it theirs. This is a rare emote which was last listed back in 2020. It’s not a part of any set. Furthermore, this emote as the name indicates features some clapping steps.

800 V bucks are all it takes to make the shake it up emote yours. The only issue here is that this emote rarely makes an appearance in the item shop. Players can purchase it for 800 V bucks and it was introduced in the game back in chapter 1 season 5. This emote is bound to make you feel the rhythm!

This emote was launched as a part of a Marvel-related promotional campaign back in Chapter 1 Season 8. OG players might remember that it was a part of the Avenger’s set alongside the Black widow and Captain America outfits. When it gets listed, players can purchase it from the item shop for 200 V bucks.

This rare Fortnite emote is one for the books and it was launched back in season 2’s Battle Pass. The ride the pony emote can only be obtained after acing season 2’s tier 20. Furthermore, this emote was also distributed as a free reward for early Save The World finders back in season 10.

This emote is equally rare and famous in the Fortnite universe. That’s because it’s usually used to gain your opponent’s attraction or to mock them. Originally, the wave emote was introduced to the game in Season 2. This rare emote acted as a reward for those that passed tier 5 in Season 2’s Battle Pass.

This particular emote also belongs to the category of those cosmetic items that are fairly less seen in the game. The rocket rodeo emote was added in Fortnite’s universe back in Chapter 1 Season 3. Furthermore, this emote can be purchased for 800 V bucks. So, wait for its dairy rotation and you just might get lucky this time.

This emote was introduced as a part of Volume 11 set alongside the Stage dive glider and Dark power chord outfit. Furthermore, the Rock out emote was launched in the game in Fortnite Chapter 1 Season 3. For this emote you’ll require 800 V bucks to make a purchase. Lastly, the icon of this emote gives you all the 80s rock band vibe you’ll need thanks to the electric guitar.

This is a rare emote from Fortnite’s Chapter 1 Season 4. To purchase the Rock out emote players are bound to produce a sum of 500 V bucks. Furthermore, this particularly lesser-known emote usually makes the round of the item shop after every 80 days. The boneless emote might remind you of the infamous dance from “The Weird Al Show”

Got 500 V bucks and your eyes on the item shop 24/7? Then the next time Flapper emote gets listed you might get lucky. This rare Fortnite emote was introduced to the players back in Chapter 1 Season 2. Furthermore, the flapper emote can exhibit the right dance moves to set the groove!

Fortnite emotes have undeniable influence over the game. One might even say that some rare cosmetic items have players in a chokehold and right at the edge of their seat. So, we hope that this article helped you identify some of the most sought-after rare emotes in Fortnite. These are some of our favorite picks if you wish to add some more, do let us know in the comments!