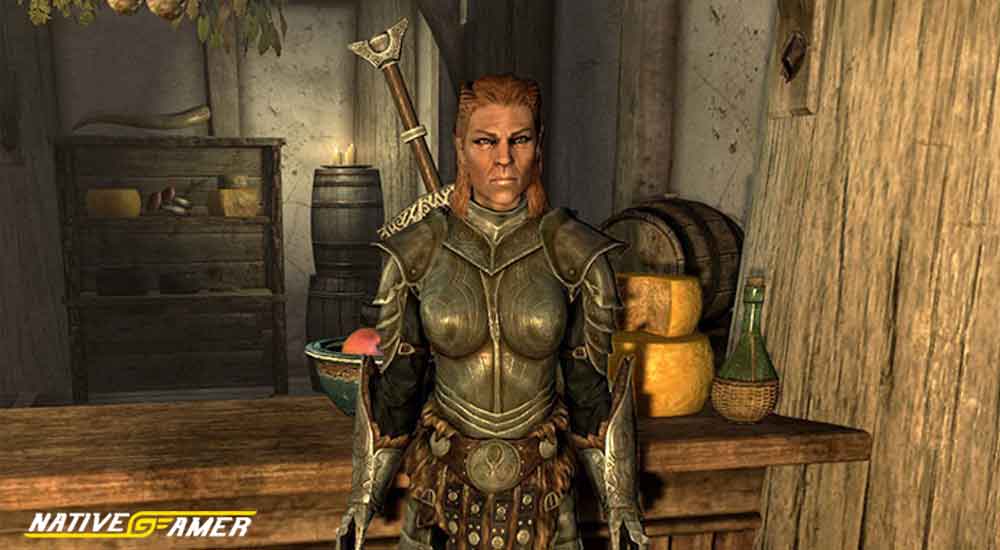 Skyrim Steward is the companion that you can heir to protect your heritage. Most of the steward serves as a regular companion which accompanies you in battle.

Always choose a strong companion so that they can help you in your fights against your enemy. Once the steward becomes your companion the only way to get rid of them is to assign them to other players or let them die.

The contract that you made is quite tight and hard. Before choosing the companion make sure you choose the best and powerful caretaker of your house because he will be your main guardian for the rest of his life. As it is quite challenging to pick the best companion so I have made a list of Skyrim’s best stewards to make it easy for you.

Durak is a warrior and one of the best followers in Skyrim. If you want him as your companion in Skyrim he will become a steward. You can hire him and take advantage of his skills as an archer.

After completing an entire questline of companions, you can recruit Njada as your companion. Getting her by your side is not as easy as other followers. She can also become your wife after completing the quest given by her.

She is an imperial and female follower that may be assigned as a steward once you reach a higher level. Although she belongs to the imperial army she is the weakest follower that you will get.

Onmund is a mage and an archer that you can get as a steward. She attacks enemies by using magic and he also uses a bow and arrow to deal extra damage to your opponent. Hence one of the strongest stewards.

She is one of the fan-favorite followers because of her appearance. She’s a mighty warrior that will take care of your homestead as a steward and she is not open for marriage.

Golldir is the tough guy who always roams around the tomb of his ancestors. After helping him with his quest he will become your follower. You can also recruit him to join blades.

Talvas is the merchant who always deals with the spell. He is a quite powerful and potential follower that you can get easily without doing some hard job. If you give him a chance to protect the homestead he will prove to be a useful steward.

Uthgerd is a marriage candidate, a follower, and a steward who proves to be quite powerful as a woman. She is a mighty warrior and can also deal with one-handed weapons. She is a strong damage dealer and good in defense.

Mjoll is a tough persona and has a strong and difficult personality but she is a kind-hearted lady. She can be your wife if you complete the quest given by her or she can simply be a steward.

Brelyna is a strong warrior; she can be a candidate for marriage or can simply be a steward. She uses spells as a defense mechanism and she often uses her bow if she lacks magical power during battles.

If you want a steward that will look after your homestead permanently then Iona is the best choice. She is very kind and friendly and she is rather strong and takes care of herself. She has all the characteristics that you want to see in a steward.

Aela is one of the few werewolves that you will find in Skyrim. She is quite attractive but a deadly character and can also turn you into a werewolf if you choose. She can become your wife or she can just be a steward.

Lydia is a very good follower and life partner. She is the most powerful lady and unstoppable she will help you in your fight against your enemy. She can be your wife, or even as a follower, and steward.

Jordis is a skilled warrior who wears heavy armor in battles. She is quite good at archery and can also use one-handed weapons. She is one of the best followers in the game, good at watching over your house, and a candidate for marriage.

Rayya is the female Redguard that looks like the toughest follower and steward in Skyrim. She is professional in one-handed and heavy armor which means she will help you in your fight to defeat your enemy.

Once you complete the quest named ‘The cursed tribe’ Ogol will show you some respect and will become your follower and steward. He possesses very limited inventory such as basic human clothes, removable steel wax ax, and others.

Lob is an Orchish Ranger that has blacksmith training he will be quite useful when it comes to protecting your house. He will become your follower after you complete his quest.

Faendal is the thief and will become your follower after you complete the quest named ‘A lovely Letter’. He has a special ability and will teach you some common and simple tricks with the bow.

Eola is a skilled mage that can cast a spell and can cause heavy damage to your opponent. She will become one of the best caretakers of your home as she is a skilled warrior.

Annekke is a marriage candidate, a follower, and a steward. She will become your follower if you complete her quest. She is a mighty warrior with ranged weapons. You can marry her daughter too.

Illia is an imperial mage that casts a strong spell to deal with heavy destruction against your opponent. Her Magicka and health are stronger than any other steward in Skyrim.

Erik is one of the strongest and best stewards. His health is one of the highest among the entire available steward in the game. He will become your follower after you convince his father to let Erik pursue his dreams.