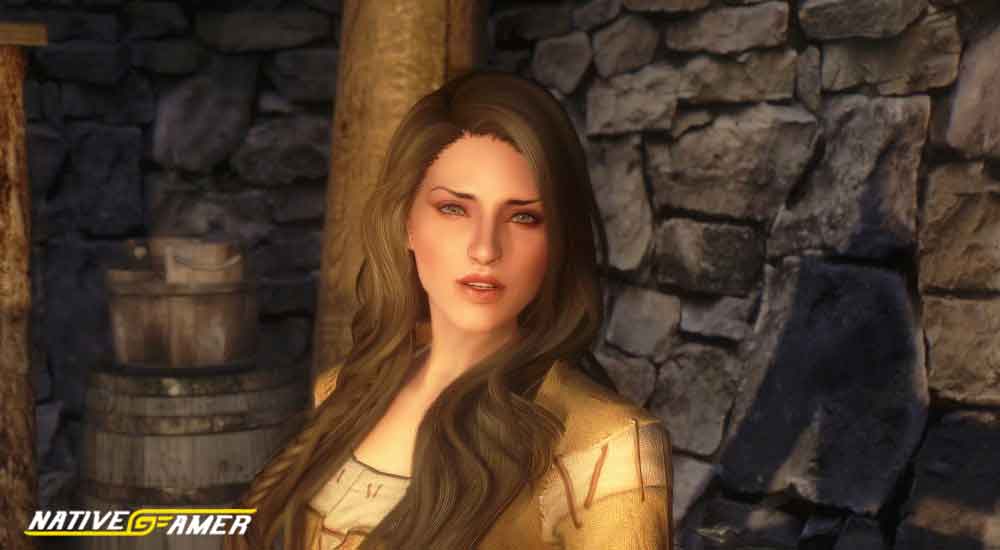 Choosing the best wives in Skyrim is quite a challenge because many wives are available in Skyrim with different qualities and power. This mod is quite interesting as you can carry a wife from any race in Skyrim.

In this mod, you may find a permanent house wife and can enjoy your life in Skyrim. So if you are ready to settle down there are plenty of ladies to choose from. Getting married comes with different perks depending on who you select.

Some of the wives in Skyrim are powerful; they will remain your followers after the wedding ceremony and fight by your side. You can approach any character you want to marry by completing the different quests and gaining their trust.

There are a total of 65 different options to choose from. A variety of great female spouses is available in Skyrim with a wonderful modified appearance. To help you decide I have put together the list of best wives in Skyrim.

If you are looking for a wife who will keep your household together then Gilfre is best suited for you. To impress her you have to complete the quest to chop some wood for her.

Uthgerd proves to be the best companion for you. If you want to marry her you have to defeat her in a brawl to impress her. If you are at the higher level of the game then it will be easy for you to compete with her.

Ria is one of the nicest companions to talk with. She is an imperial woman and has a decent character. She likes to use the steel sword in combat and will help you as a follower in different fights for the first 25 levels of the game.

Njada has similar characteristics as Ria and is also one of the nicest people in Skyrim. She will become your follower and will help you in fighting your enemies. But it is better to leave her at home because she is also good at cooking.

Brelyna can be recruited as a follower and can be a marriage candidate as well. As a follower, she will do massive destruction to the enemies and she cannot be killed by them.

Ysolda is nice and treats other characters with respect and honor. You have to complete her quest named Rare Gifts after that you can offer her to marry you.

Sylgja lies in a small village and earns her living by doing the job at Redbelly Mine. In the game, she is very close to her parents. After she got injured in the Mine she will ask for your help. After completing the quest you will be able to marry her.

She is one of the prettiest ladies of Dibella. She spends the majority of her time at the temple. To win her heart, the player has to complete her quest named The Heart of Dibella.

Rayya works as a redguard and she is professional in one-handed and heavy armor which means she will help you in your fight to defeat your enemy. She is also the perfect material for a wife because she has a decent range of skills and capabilities.

Iona is one of the best housecarls in the game as compared to other housecarls. She can either be used as a fantastic tank-like follower or as an archer as she has a high level in both Archery and one-handed combat.

Just like the name Ghorza is an orc blacksmith. She runs her forge and she is very patient, willing to teach a thing or two from her years of experience. If you want to marry her you need to complete the quest called Skilled Apprenticeship.

She is the unique candidate for marriage because she is the only Altmer who can become your wife. She has a harsh attitude although she is quite honest. If you want to marry her you have to complete the quest called Fit for a Jarl and invest in her shop.

Shahvee is an Argonian woman. Shahvee works at a tanning rack and her helmet is being stolen by bandits and is held in a random quest location. To impress her you have to find the helmet for her.

Borgakh is the best choice for marriage with tons of benefits. She gives tough looks but doesn’t get afraid because she is an orc. If you marry her you will get a laundry basket as a benefit.

She is very beautiful and she already has two men fighting for her attention. If you want to marry her you have to complete a quest called Golden Claw. After marriage, Camilla can move to your place.

If you are more concerned about the looks then Muiri is the best choice. Muiri is very skilled at fighting and she will not be a good follower as compared to others. You need to complete the quest called Mourning Never Comes to marry her.

Jenassa is both a valuable follower and a wife. To marry her you don’t need to complete any quest. Recruit her for 500 gold and she will become your companion.

Mjoll is a very useful and powerful follower but can be a wife as well. If you want to marry her you need to be at least at level 14. She will give you a quest called Grimsever’s Return. On completion of this quest, you can marry her.

Lydia is a very good follower and life partner. She is the most powerful lady and unstoppable she will help you in your fight against your enemy. She will become your wife if you complete the quest called Dragon Rising and purchase Breezehome.

Aela is one of the most popular wives in Skyrim for good reason. Players choose to marry her because she is both a powerful companion and a beautiful wife. She is a skilled archer and can use one-handed weapons. Once you complete the quest regarding the Companions you can ask her for marriage.

She is the Dunmer apothecary who lives in the village with her sister. She comes out to be the best wife because she has an attractive personality and amusing dialogues. Once you complete the quest called Smooth Jazbay you can ask her to marry you.

Aeri is a tough woman who inherited a mill with her late father. She is a powerful and hardworking lady. She has to pay the depth of her father that is why she is working hard. She will give you two simple quests to complete once you complete she will agree to marry you.

Deavynea may not be the prettiest wife but she is humble and knows how to help people in need. She has to keep the workers in the mill safe by preventing any accidents. Once you complete the short quest given by her she will become the candidate for marriage.

Jordis will become your follower and housewife if you completed various quests given by her. She is quite good at archery and can also use one-handed weapons. Once she becomes your wife she will open her shop.