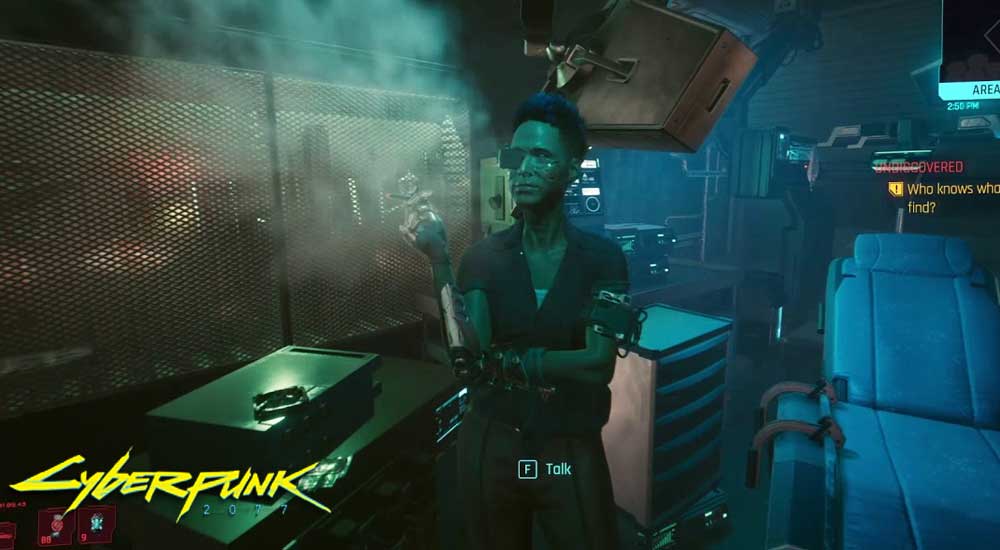 In the game cyberpunk 2077, everything is high tech piece of machine. the game has visualized the year 2077. It gives a cascade about how the year 2077 will like. The game has modified Cyberpunk 2077 cars, weapons, bikes, trucks, and every other thing. You can use fast traveling points to travel from one place to another in a blink of an eye.

This technology has not been limited to only machines and vehicles, the science has even modified human beings. In cyberpunk 2077, you can upgrade your character. It can be seen clearly from the theme of the game that V is not the only human that gets upgrades. Everybody in the game can modify the desired piece of his/her body.

Humans can think like normal beings and might look normal, but in actual, their body has been altered completely. They have installed mind chips in them and several other different, unique microchips and other pieces of machinery. Rich gets more opportunity to alter their body according to the money they have.

V is the character in the game which represents the player. V has been one of the high tech pieces of machinery that has ever built. So you can also alter your character and customize it as the game progress. You can increase weapon handling capability, tactical advancements, and several other features. You can do this by installing different parts in your body.

To upgrade or to install a new body part in your body, you have to go to the place named “Doc Ryder”. There a man, known as Ripperdoc, will upgrade your body. Every area has its specific ripper doc. So the Ripperdoc of Heywood might have more upgradable things than the Ripperdoc of Santo Domingo. So their ability matters from place to place.

There have been several different cyberware that you can get install in your body and can modify your character. You can modulate the ocular, circular, immune, nervous, and even operating systems of your body. Berserk has been the one the cyberware from the category of the operating system.

The berserk operating system has a very unique role in the body of V. Berserk helps in various things. It decreases the recoil of the gun, increases melee damage, resistance and can heal quickly. As it involves the controlling of recoil, its use can be enhanced by using it with automated machine guns. As the melee damage also get increases after equipping berserk, killing anyone with melee when berserk is activated, provides you extra athletic points.

Berserk can also be available in various forms. Each of its forms also comes with its variant. You can have an epic or legendry variant according to the prize or according to the ripper doc from which you are buying that tech.

One of the main features of Biodyne berserk is that it increases the range in your character. When you buy it from a ripper doc, you feel improved defense and range aesthetics of your character.

The ability of the character also gets increased according to the variant you buy or you used. Its cool downtime is 30 seconds.

You can find it from the Ripperdoc of Haywood and Japantown.

This unique piece of berserk cyberware is rare and expensive. This is so because it worth that. It requires 16 body level and comes only in legendry from. The legendry form of this cyberware costs 35000 Eurodollars.

Due to its unique abilities, it has been mostly owned by security agencies and private guard companies, who want to increase the power of their army. This cyberware control the weapon recoil, increase the melee damage, and increase resistance by 10%.

The most important feature of this berserk is that it comes with the 3 mods slots. You can further add cyberware to enhance the activity of this beast. So, fully equipped Zetatech berserk cyberware will turn your character into a killing machine.

Militech berserk has been another piece of berserk cyberware its un-denying properties. It has been the only berserk of the Militech. It is legendry berserk and cost 35000 Eurodollars.

It has no mod slots but still, it has been one of the best. After activating it, the recoil of guns can be decreased to up to 15%, and increase the melee damage also up to 15%.

Its cool downtime is a bit long of 60sec. it also requires a body of level 18 to get equipped.

If you are a bit short on money but still want to modify your character and have the desire to enjoy the berserk cyberware, more tech berserk will be the piece of your choice.

Epic form of that cyberware can be bought in only 25000 Eurodollars. It will decrease recoil by 10% and increase the melee weapon attack by 15%. Its recharge time is 60 seconds. So it can come in handy while going to the close combats or raining bullets from automated rifles.

Bruising berserk has been one of the mods of the berserk. You can install it alongside any berserk which has an extra mod slot. It can increase the melee weapon damage up to 25%

Some Key Thing About Berserk Cyberware

Berserk cyberware might seem to provide unforgivable power to the character, but if you use it correctly, it can make your player a nearly immortal killing machine. Following are mention some key things that you should keep in mind regarding berserk cyberware.