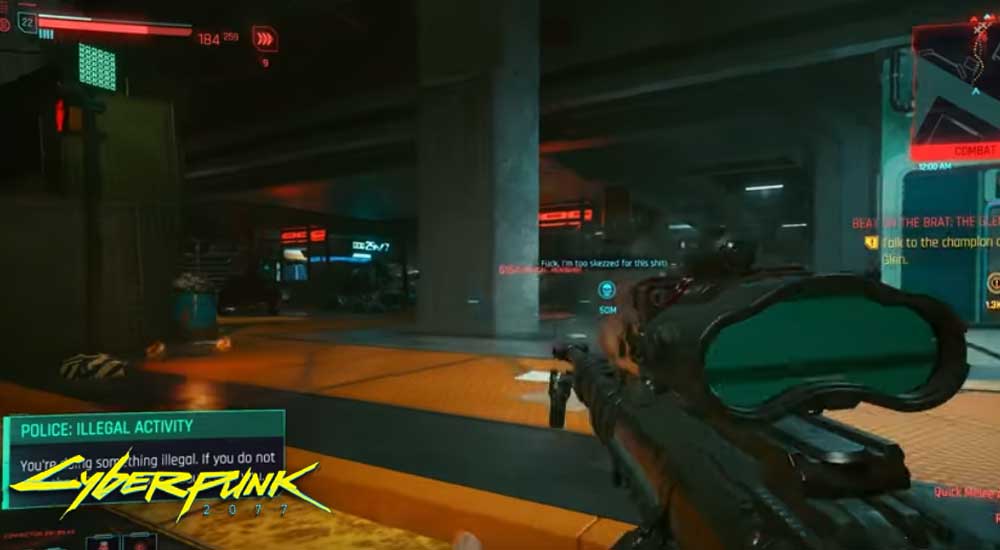 Cyberpunk 2077 has been one of the futuristic games. The producers have done a magnificent job in introducing the futuristic utilities in the game. The game has several different cars, bikes, weapons, and even cyberware. You can install cyberware even into a human body to increase its ability and aesthetic senses.

Talking about the guns of cyberpunk, there has a variety of options in the game. You can have a pistol, revolver, auto pistol, rifle, sniper rifle, automated rifle, assault rifle, shotguns, and many more. Every gun has its unique feature and character. There have been some pistols and ARs in the game which can kill an enemy in a single headshot.

The same goes with the sniper rifles. There has been a specific type of gamers who love bolt sniper rifles. By keeping these things in mind, cyberpunk has 6 different types of powerful sniper rifles. You can get these by doing some side jobs, main quests or you can just steal it from some gangster, by raiding their camp. The six types of sniper include:

Silenced Sniper Rifles In The Game

Some sniper lovers enjoy the loud bang of the sound which the gun makes while firing. They just fascinate that loud thud and judge the power of the sniper from the sound it makes. More powerful sniper rifles mostly have more loud sound.

On the other hand, there have been some players who want to remain stealthy. They just look for the perfect spot, and sit there and shoot their enemy. They used silencers in their sniper. Due to the silencer, their enemy got no clue that what hit them. So silencer on the sniper rifle can be named as a silent killer or silent death bringer.

In the cyberpunk 2077, there has been only one sniper rifle on which you can equip a silencer, and that gun is overwatch.

Overwatch has been one of the iconic sniper rifles. You will get this sniper rifle for free after doing the mission named “Riders of the storm”. It is the mission of Panam Palmer. In this mission, you have to get free Soul from the camp of Raffen. You help Panam in bringing back their leader and she will pay you in reward for the overwatch sniper rifle.

The sniper rifle can equip up to 4 bullets in a single round. It has damage of up to 1100, and if you aim for the head and hit the head successfully, the damage will increase 3 folds. So, aim for the head. The most special feature of this gun is that it can equip silencers. A silenced sniper with 3x headshot damage is a silent death bringer. So it is one of the must-take guns of the game.