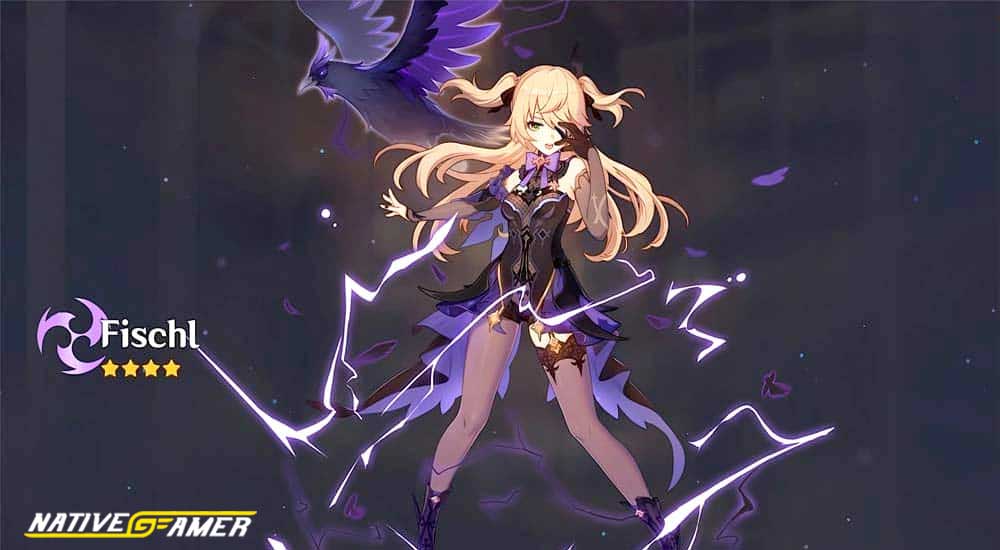 The left eye of the character is covered with hair. So her vision is obstructed. The overall costume is purplish. Hip high frock with long legging and gloves at to the uniqueness of the character.

Moreover, the legging of one leg reaching up to the top while the left one is up to the thighs. Shoulder high gloves and exposing shoulder adds to the beauty and uniqueness of the character.

The front embroidery on the frock is also a distinctive feature of the dress. These all combinations add to the beauty and elegance of the dress and character.

The best build for the character includes a bow called skyward harp and two sets of an artifact. One artifact set is 2x Gladiator’s finale and 2x thundering fury. This set increases the attack of the player by 18%. Moreover, as the character is electro domain, this artifact also affects it. The set increases the electro damage bonus by 15%. This build can land up to 5 consecutive shots.

The weapon can give a base attack of 48. Moreover, the critical damage of the weapon can be increased up to 20%.

The weapon has a base attack of 42. It can increase the elemental base burst damage by 24%.

It can increase base attacks by 42. Moreover, the critical damage increase by this weapon is 40%.

The best artifact set for the player is 4x thundering fury. Electro characters cause special benefit from it. This is so because it increases the charge and superconducts by 40%. It also gives the electro bonus damage by 15%.