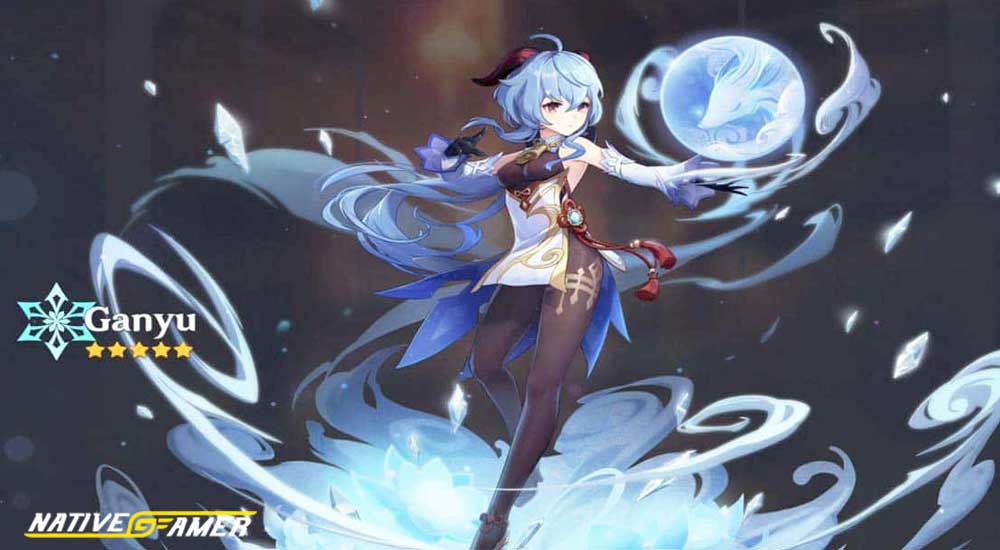 Therefore she works as the emissary. She has the power to convince the most deadly and dangerous ruler of the time. Hence she has always been assigned the relevant task of making peace or some relevance to it.

Due to the blend of human and god both, the character is dressed accordingly. The character has unique blue hair. A misguided ponytail style makes the hairstyle unique. The sleeves and back of the dress are blue, which darkens at the lower end of the dress.

Overall the dress has a unique combination of blue and brown. The dress has a short white shirt with long brown tights. The tights also have a brownish, golden pattern on them.

The golden bell in the neck blends perfectly with the color scheme of the dress. Brown gloves and brown shoes act as the missing piece, which completes the beauty of the dress.

The best build for the character includes a bow called Amos’s Bow, and an artifact set. The artifact includes a 4x wanderer’s troupe. This combination of the build can increase the elemental mastery by 80. The bow has special charging capability and attack. Thus this combination can increase the charge attack damage by 35%. Moreover, the bow can land up to 6 consecutive shots.

The weapon has a base damage of 48. It can also increase the critical damage by 20%.

The weapon has a base damage of 42. It also increases the elemental skill burst damage by 24%.

The best-suited artifact set for the player is a 4x wanderer’s troupe. This increases the electro characteristics of the player. Causing an increase in charge damage by 35%. This will happen if the proper build is used.