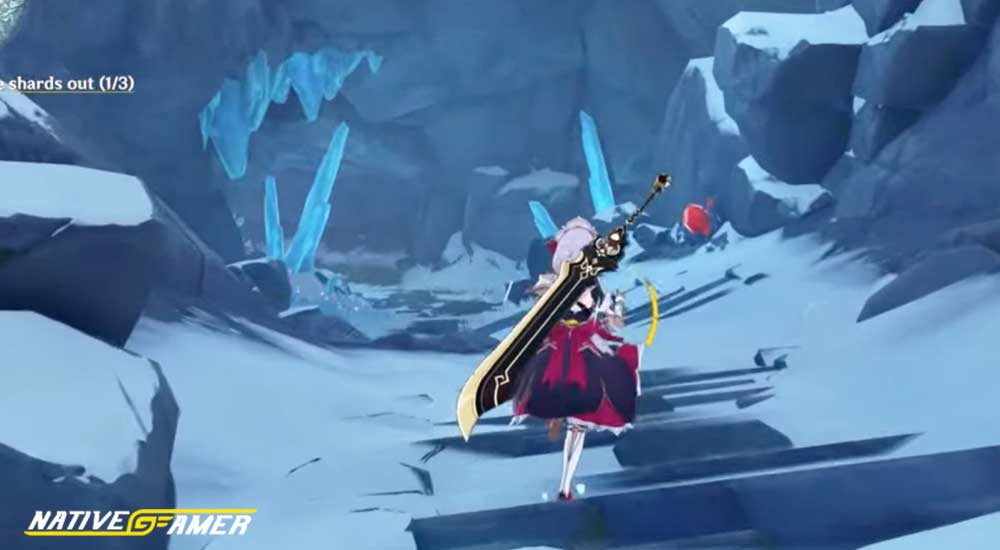 The Quest named A Land Entombed Genshin Impact is not different. In this quest, the player has to find some journals. During this exploration, he needs to go through various things. Different hindrances and enemies as well. Fight these obstacles with great precaution and make your way in the quest. 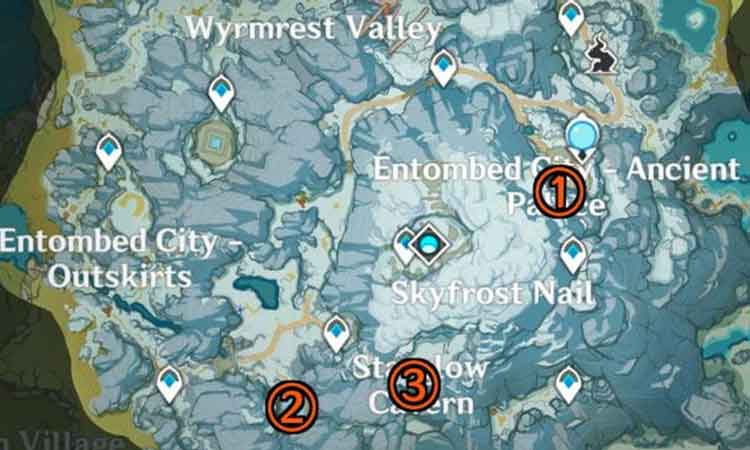 In this quest, the player needs to find three journals. The first and last journal is easy to access. The second journal causes a problem for many players. In this guide, the player will find all the tips and tricks to do the quest. This quest yields a good reward so it is worth taking that much adventure. So stick to the article to know about every trick regarding this quest.

As the player breaks the ice, he will see a book rack on the right side. Interact with it to collect different items. One of them will be the journal. As the player picks the journals, the character will discuss what it is. This will also start the quest. There will be some crates to open. Collect reward and go to the next task.

Come back to Starglow cavern to find the second journal. It is the snowy terrain of the Dragonspine, so try to keep yourself warm. From the teleportation booth, glide down and take left. Go straight then.

There the player will find some red small pillars around the snowy lake. There will be two fireballs. Now it is the puzzle to solve. The player needs to activate all the pillars at once by using these two fireballs.

Do the same this time as well. Remain quick and abrupt. Move around the pillars in a large turn to activate the pillars using fireballs. These fireballs will keep the player warm as well. So don’t worry about the stamina, it will restore quickly. As the ass pillars activate, a boss will spawn. Fight the boss to kill it. It will not be a very difficult boss. Learn and understand its movement and dodge and attack accordingly. Defeat the boss to get extra rewards.

Then head towards the small cave with three chests. Collect the chest. In the chest on the left side, the player will find the second journal. Collect it and move to find the third journal.

Go to Entombed City Ancient Place in the Dragonspine. Go there and find a large cave. It will be a dark cave with 4 symbols on the wall and a cube in the middle. Go near the wall with symbols. Take a left and climb up the cliff. There the player will find a chest. Open and retrieve the third and final journal. This chest will contain many other rewards as well.

Summarizing the whole quest, find the first journal on the bookshelf in the large cave during the “in the mountain” quest. Take this journal to Steven. He will ask the player to find the remaining two journals as well. Go to Starglow cavern to find the second journal. First the first puzzle. Then find the second puzzle and defeat the boss. Collect the journal from the cave. Now head to the third journal. It will be in the Entombed City Ancient Place in the Dragonspine. Climb the cliff near the wall with four symbols. Retrieve the chest to get the final journal. Bring all the journals to Steven to complete the quest.