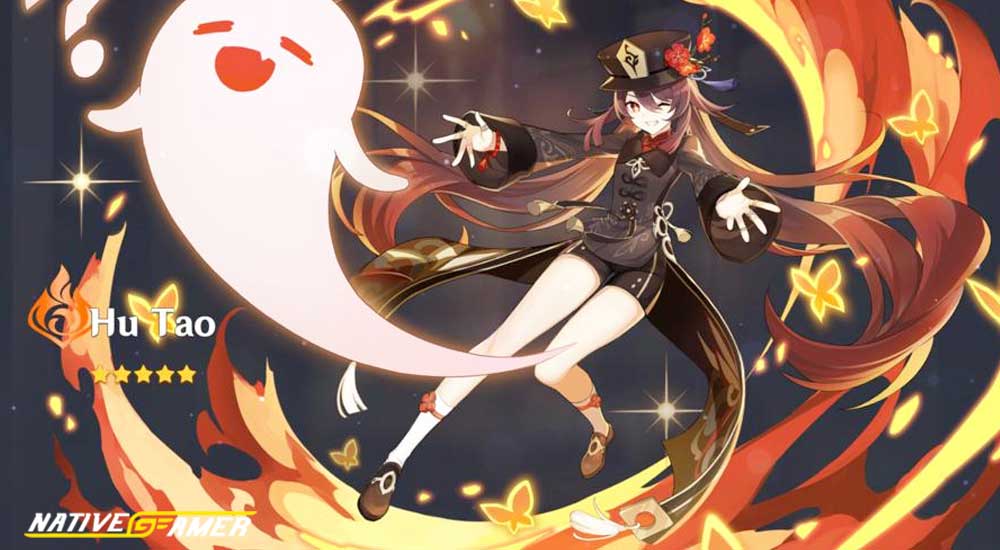 By looking at her qualities and nature, nobody can guess that she is the director of the funeral house. Moreover, she is friendly and helpful. At the same time, she can be badass while dealing with the enemies.

The dressing of the character best matches with her job. She wears a hat with red blossom in it. It gives the descent look to the character. Moreover, brown hair with golden looks magnificent on the charter.

On the back, at the tips of the dress, there is white threading. Off-white embroidery on the front shirt and the sleeves adds to the beauty of the dress. Low off white socks and brown shoes, exposing the legs, make the character more charming and attractive.

The best build for the character includes a polearm named Staff of Homa and an artifact set called the crimson witch of flames. The artifact set includes a 4x crimson witch of flames. This combination is the best fit for the character. This combo can lend up to 15% of the damage. It also increases the other damages include burning, overloaded, vaporize, and melt damage up to 40%. This duo also increases the elemental skill of the character.

The weapon gives the base damage of 46. It also increases the HP of the player by 20%.

The weapon can give the base damage of 48. It can increase the critical damage by 12%. Moreover, the speed attack can also be increased up to 12%.

The best-suited artifact set for Hu Tao is 4x Crimson Witch of Flames. This powerful artifact increases the damage caused by flame, burning, vaporization, and overload by up to 40%. The artifact gives the pyro character a pyro bonus damage of 15%. So best fit with Hu.