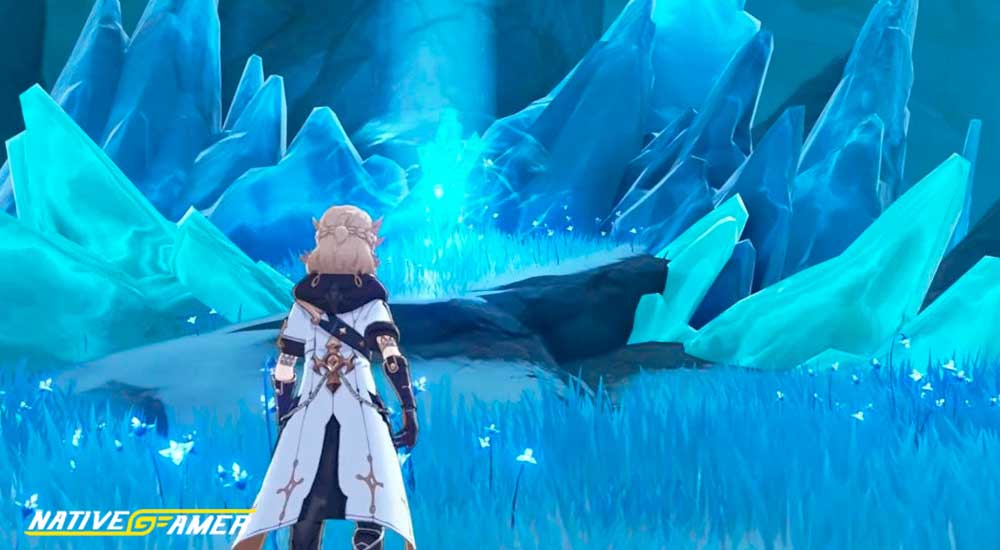 Genshin impact is full of entertainment. It has several quests and missions to do from like In The Mountains Genshin Impact Quest. In this open-world game, the player can explore the whole world. He can go out in the wild to do different quests and missions.

These missions yield different rewards and points. This all increases the fun of the game. Moreover, it adds to the amusement of the game. The game has various special and daily quests. Some minor and major quests are also included in it. All of this collectively adds to the player’s interest. Therefore he then spends more time on screen playing the game.

In the mountains is also one of the side quests. It is pretty long. Some players find it difficult as well. But this quest is not that much difficult after having proper guidelines. In this quest, the player has to go to three different places. Then he has to collect different materials to break the ice and then to complete the quest. Doing all of this yields a magnificent reward.

To start the quest, go to the Iris in the town. She will be standing outside the hut. Go to her and she will brief the player about the quest. Listen to her and get as much information as possible. This will help in the long run in the mission.

Go to the Dragonspine summit. Then find the way to the top of the mountain. This will be tricky due to a large number of enemies. Just avoid fighting with them. They will just consume the energy and warmth of the body. And warmth is the key to this mission.

Reach the top and find the strange ice/glass. This is the first ice. The player totally needs to thaw the shard crystals. As the player approaches them, he will soon realize something terrific. This ice cannot be damaged or burnt with heat. It can be broken by only 3 three red-colored stones. The player will find them around each statue.

After reaching the first shard, the player needs to find red crystals. Moreover, he must  by using flying furry little things. Thus scan or search the whole area to retrieve the red stones. They will not be very difficult to find. One will be in front of the ice and the remaining will be on the back of the ice. Only four attacks will break this ice.

But all these attacks can be used only after retrieving the crystals. These crystals give some sort of energy to the weapon. Therefore after four attacks will destroy the first ice mountain. But after the collection of all the crystals. Moreover, if the player doesn’t find the last crystal, don’t worry. Just go to the location of previous crystals. They will respond. Collect them again and do the job.

Head back to Iris

After thawing the first shard, go back to Iris. She will update the player about the location of the next shrouds. Now the player has to thaw 2 more shards to complete the quest. 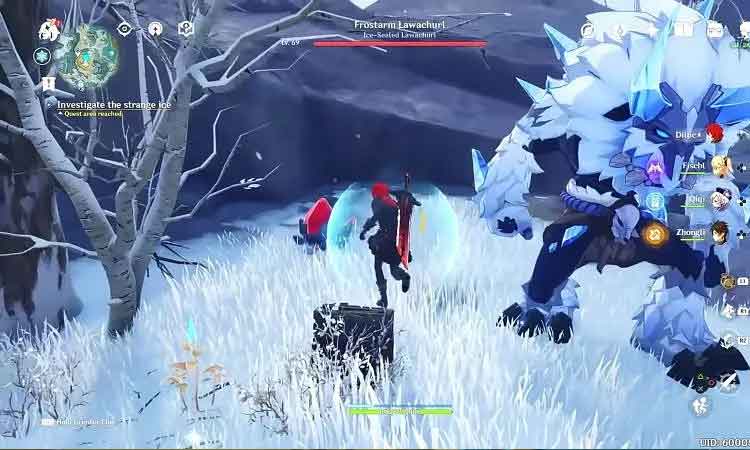 Head to the skyfrost nail. Then find the ice crystal. It will be protected by the ice field. It will be protecting the ice. Find all the red crystals around the location. Restore the warmth of the body by keeping a fireball around yourself. This small fireball will also help the player in finding some clues. Find the clue if any, collect crystals and break the ice crystal.

Here the player will need to fight some enemies. As they are cold enemies, it is better to fight with a high-temperature bar. It will boost the player’s movement and agility. In return will help the player in fighting the enemy. Fight them and clear the path towards ice crystals. Collect crystals and break the ice. Break the ice shard and move to the next shard. 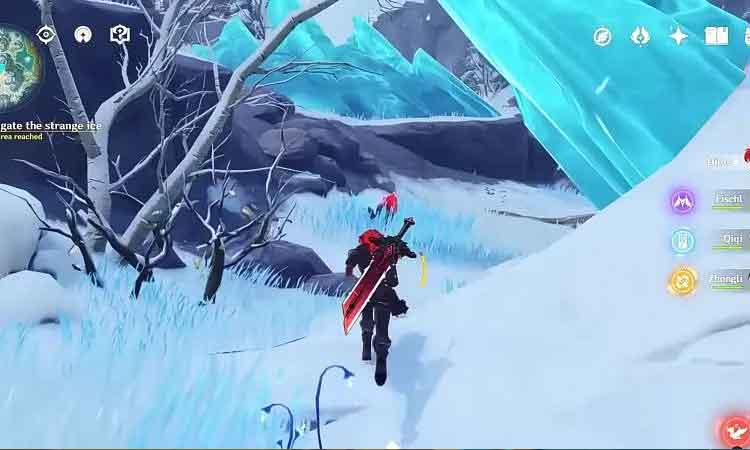 To find the final ice crystal, solve the puzzle. It will spawn the Ruin Grader. Fight it and kill it to go to the location of the third crystal. As the player goes to the Wyrmrest valley, he will see a small fireball over a statue. Go to it and click start. The fireball will go to the different pillars one by one.

Fight it and kill it. It will break the ground open and the player will fall. Here he will have the third ice crystal.

4th and final crystal to thaw the shard

Follow the same old pattern to thaw the shard. Find all the red crystals around it. Destroy them to collect special energy. Then go to the ice crystal to attack it four different times. It will thaw the shard. But the final and 4th crystal is not easy to find. Follow the fireballs in the room.

Thaw all the shards again

After thawing all three shards, the next step is to thaw them again. But this time it will not be that long. The player just needs to collect a single red crystal and thaw the shard. To do this, go to the Entombed City part. Here in the hilly area, the player will find his final part of the quest.

Find the first red crystal and break it to thaw the first shard. These shards will be in the air. Therefore climb stones to reach the shard. It will not be that difficult. Simply climb them and reach the shard and thaw it.

Then find the next scarlet quartz or red crystal and break it. Collect it and go to the next shard. It will also be in the air. It will be near the arena-like area. Thaw and move to the next.

The next will be near the snow orch. Go there and use the winding path to travel faster. The winding path will lead the player to the mountain top. Craft the red crystal and then fly down. There will be a shard near the mountain. Thaw it to nearly complete the lengthy quest.

Go back to Iris

To do the quest of IN the mountain, head to Iris to start it. Thaw the three shards at three different places. Each shard requires four hits to thaw. Each powerful hit can be gained by attacking the red crystals. These will yield scarlet quartz. Collect them and thaw the respective shards.

Repeat this for all three shards. Then head to the next point and thaw all three shards once again. It will be easy. Because this time only a single attack will thaw the shard. These shards will be airborne. So don’t forget to climb the rocks. After thawing all three again, go back to Iris. It will complete the quest and yield the rewards.