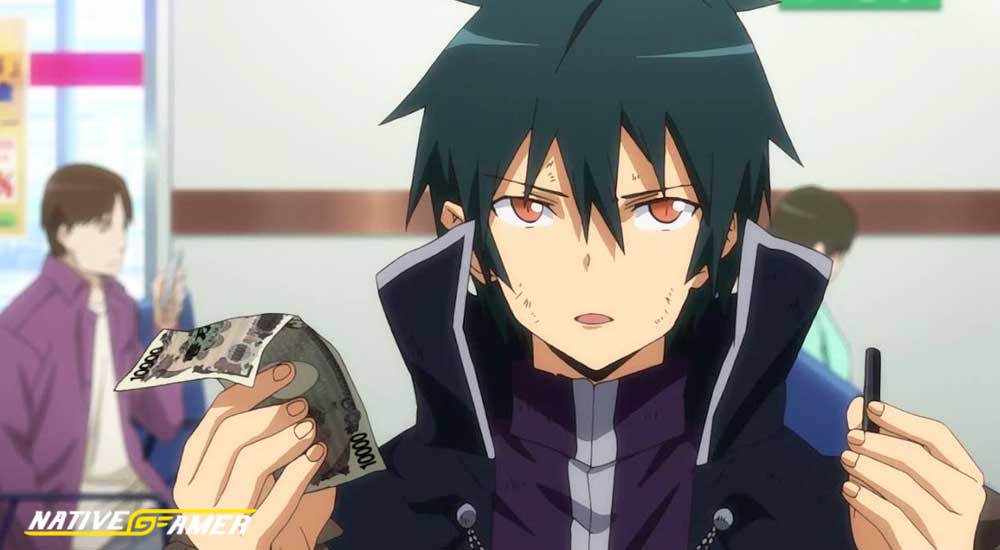 Iskeai Anime With Overpowered Main Character has been one of the renowned anime series. The concept of a parallel world, a power to demise everything, and various other such things. These things are perfectly plotted in this series. The main character is the thing that makes the show unique. The character, role, and modeling of the main character are unique things.

Like various games, movies, and series, the Isekai anime also possesses a unique main character. Having different main characters is the uniqueness of anime. The same goes with this sequel. Different characters have different roles in the season. Some of them possess strong power and strength.

Some have divinity in their power. Few possess celestial powers and much more. Therefore every character defines its own uniqueness.
Hence to clear the mind of the viewer, here is the list of main characters of the Isekai anime. In this article, the reader will find all the main characters from the season. Moreover, a brief description of the character will clear the thoughts of the reader. So buckle up and get ready to enjoy the marvelous characters of the Isekai anime.

1. In Another World with my Smartphone:

Touya Mochizuki is reborn and given a special smartphone by god. The purpose of this is to compensate for his mistaken death. That smartphone works exceptionally in the world and from here the best journey started. It’s a mixture of complete comedy, thrill and suspense. Perhaps it is not the best movie but it’s worth watching.

2. Cautious Hero: The Hero is overpowered but Overly Cautions

Seiya Ryuugyyin is appointed by Goddess Restarted to save the world. It is an anime that is full of suspense, comedy and action. It is an overpowering character. It might not be as good as other Isekai but it is worth watching. There are very few anime that have PRG concepts. A must-try movie.

Kon Hokaze goes to another world known as Mira. That world is full of mysterious gigantic forces known as Alma. He has to save a princess that will put him into more hardships. This character is full of action and you will love to watch it. Although this is not an overpowering character but a good one.

5. How Not to Summon a Demon Lord

It is a controversial anime. The story follows a gamer that is versed in his favorite game and finds himself as a gaming character Diabao. He gets summoned by two pretty girls in the same game. This anime has some ecchi elements too that add up to its controversial side. It is an entertaining anime .It is full of action and suspense.

It is a multiplayer online game. The player can control their avatar by nothing but by his thoughts. It is full of fantastic weapons and gigantic monsters. Sword Art Online is not all fun and games: if they die in Aincrad, they die in real life. Krito has to adopt a new strategy and realities and fights to save himself from that virtual hell.

7. The saga of Tanya the Evil

Tanya is different from all other overpowered anime characters. She has an empathic personality with her cold and calculations. She is full of fearless vibes. That puts a very wholesome image on the reader’s mind. This is the story of a salesman who gets murdered by his subordinate. He was reborn into a world as an orphan girl. That world is underworld war.

The main character of this anime is very smart and intelligent and overpowering. The story begins when suddenly one-day thousands of people are transported to another gaming world within a second. It has some amazing cool characters, good gaming points and a very interesting story. In short all in one package. A must-try anime indeed.

It is a dark fantasy-based anime. A popular MMORPG game traps its players inside. The players now have to play the game where the consequences are quite real. Momonga stays in-game when he tries to shut it down forcefully. It is a quite different anime and has a very interesting story with some real quick twists.

12. That Time I Got Reincarnated as a Slime

Satoru Mikami is a corporate worker and is very unhappy with his life. He gets into a fight with a stranger. He finds himself in another world. Here is the real twist, he finds himself in the form of slime. Yes, slime for real. This anime had some really crazy stories.

13. The Rising of the Shield Hero

Naofumi Iwatani is sent to another world along with some other heroes to save that world from disaster. He gets betrayed by the princess of the island. He took that betrayal to heart and disappeared to gain some real energy and powers. He came back as a shield hero, who has some incredible powers.

Kon is a boy who loves playing games and everything is going well. Until a girl in the game asks him for help in real life and he agrees. Here the real action begins he goes to an unknown place and helps the girl that happens to be a princess. Then he joins the princess group to find a way back to his world.

Satou is a programmer. One day he goes to take a nap and upon waking he finds himself in another world. He finds out that the world is a gaming world and he is on the first level. He has a three-meter shower that can change the scenario of the game. To save himself from the lizard man he uses a meteor shower and reaches level 310 and becomes very wealthy.

After being invited to another world Diablo lives a very furry life. He finds himself an unintentional master of Rem the Pantherian and Shera the Elf. One day he rescues a holy woman. That woman is the most important character of the church. They become friends and move to another town. The real difficulties start from there

Ginta loves to dream about his fantasies rather than doing homework. But he sees the same dream 102 times. He knows something is witty on the 103rd time his dream turns into a reality. He reaches into a place where monsters are real. This anime is full of amazing action and suspense.

It is a short story about three teenagers who receive mysterious letters. That transport those to another world name as a little garden. In that world, people live in the clan. In that world, people can win or lose prizes according to their talents. These three individuals help a clan to find their identity back that was lost because of some problems.