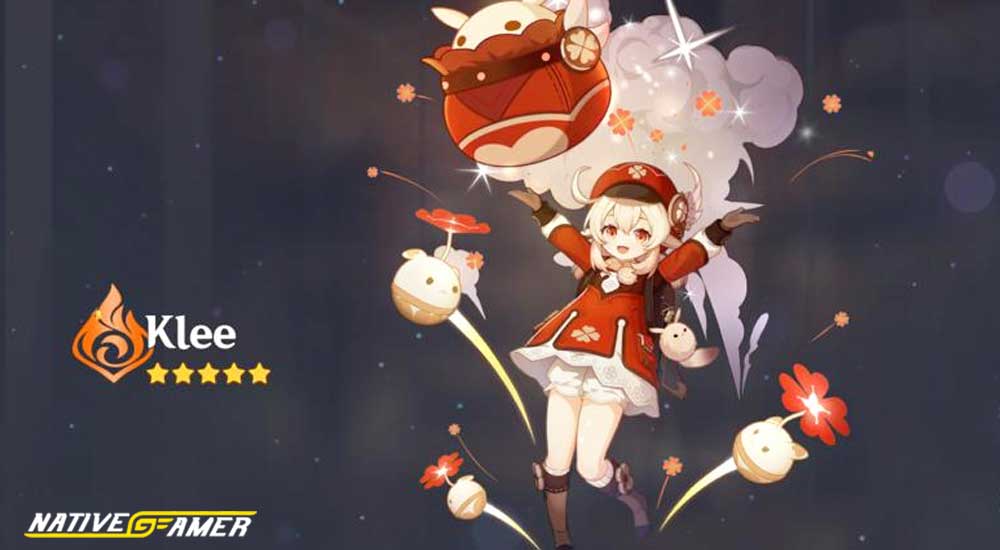 She has friendly nature. But her mode of playing is not like everybody. Because it often ends up in killing people by the explosion.

Klee has a small dwarf girl-like appearance. She is short heighted. The character has a red and pinkish color combination. Orange hair with red eyes also blends perfectly in the color change of the character.

This white lining is exposed from the knees and hands. The red part of the shirt has a flower on i. moreover, the key lock style makes this dress a unique and identifiable feature of the character.

The best build for the explosion-loving character includes a catalyst and an artifact set. The catalyst includes Lost Prayer to the Sacred Winds. The artifact set includes 4x Crimson witch of flames.

Due to the pyro character, this set increases the pyro damage by 15%. This combination of the build also increases different attacks including burning, vaporizing, and melt to up to 40%.

The weapon has a base damage of 46.  Moreover, it increases the movement speed of the character by 10%. Increase the elemental damage bonus by 8%.

The weapon has a base damage of 42. The attack by this weapon increases the elemental burst attack by 6%.

The best-suited artifact set for Hu Tao is 4x Crimson Witch of Flames. This powerful artifact increases the damage caused by flame, burning, vaporization, and overload by up to 40%. The artifact gives the pyro character a pyro bonus damage of 15%. So best fit with Klee who loves explosions.