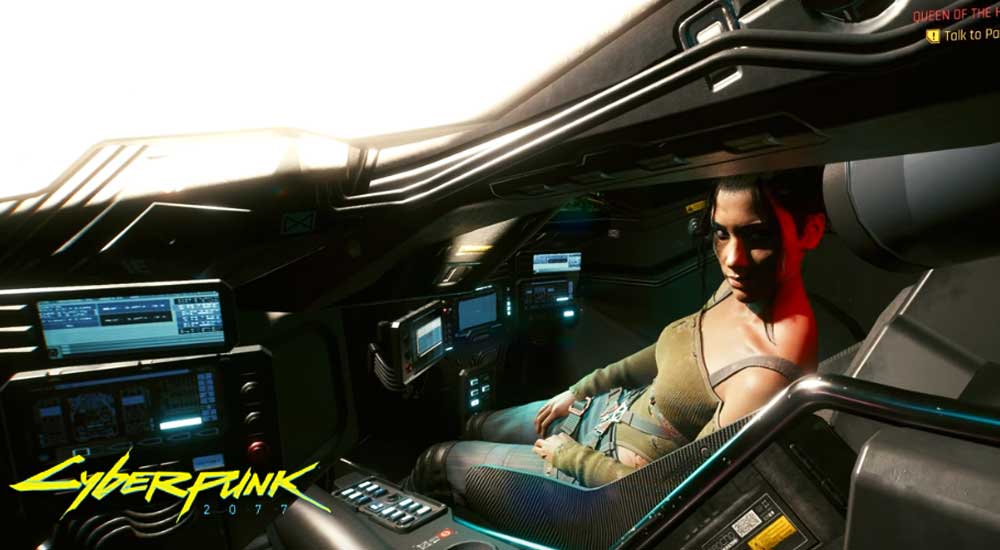 Cyberpunk 2077, has been the game of unique features and aesthetics. In the game, you have to do the quests and side quests to make progress. Queen on the Highway Cyberpunk 2077  is one of them. The side quests may not seem of that much importance, but they can provide you with some extra ability and weapons which you can use in the main quest.

The main storyline also involves some characters, like Rogue and Panam. You have to work for such characters and in the end, you receive the reward. Panam Palmer has been one of the characters for whom you have done various quests.

You have done ghost down and rider in the storm like missions for her. You also love her and have done some romance with her in the game. So she has been one of the major characters in the game.

Queen on the Highway

Queen on the Highway is the final task for Panam palmer. Panam belongs to the camp called Aldecaldos and Raffen are the arch-rivals of them. Raffen got more men’s power and all artillery abilities, so they always overpowered Aldecaldos.

In the quest of the Queen on the Highway, you have to fight with Raffen for Aldecaldos. You will be provided with the armored vehicle/tank to drive and to fight with the Raffen.

After doing that quest, you can get the free Mizutani Shion Coyote, but for it, you have to break the trust of Panam in the following side quest. As Queen on the Highway has been the last quest of the Panam, so breaking her trust in-game will not much affect the main storyline of the game.

The next objective will be to meet Panam at the Aldecaldos camp. You can go there by simply following the route from the map. In other words, a map/GPS will guide you there.

After reaching the camp, find Panam who will be on the other side of the camp. When you go there, you will find some other camp members along with her. All of them will be near the basilisk. Talk to Panam, she will tell you about the vehicle.

Talk with Mitch and other camp members

Get into the basilisk

After hoping in the tank along with Panam, the latter will try to start the vehicle. As it has been the old model, she will start it with a bit of difficulty. Once it gets started, Panam will tell you briefly about the basilisk teat how to control it.

Now the test drive will include t pass through the wind turbines. Panam will guide you. To complete this objective, you don’t need to be quick. Just drive safe, go nearest to the wind turbine, and then Panam will tell you to take left or right turn. Train yourself there till the objective is completed.

After completing the driving practice, the basilisk will stop at a firing position. From there, you have to practice the firing of the machine. The basilisk was the shipping vehicle from its time. But still have some decent weapon system. Shoot some targets till your objective completes. Then practice will be over.

The next objective will be to talk to Panam. Here Panam will tell you that what you can do more with this vehicle. As this vehicle is jacked into the cerebral cortex of you and your copilot, you can feel yourself double. When Panam jacked in, you will also see from Panam’s perspective as well as from yours. Here you might have some sexual contact with Panam

As you both jacked in the same vehicle, you can feel like two different persons. To enjoy this feeling more, you both will have some romance in the basilisk. The fun breaks when Raffen attacks the vehicle.

Kill the Raffen near you

When you get shot by the Raffen, the sexual play will end at once. You then take control back of the basilisk and kill the nearing enemies. The Raffen will also have attacked the camp. Soul will ask you to come to camp to save it from Raffen after clearing the surrounding area.

Go to the camp

Go to the camp and kill all the enemies. Enemies will be marked on the map so you will not find it difficult in finding them. Eliminate the threat from the surrounding. As you are in a tank, you will not take much damage. But still, try to eliminate the enemies as quickly as possible because they are attacking the camp.

After killing all the enemies from the surroundings, you have to meet Soul in the nomad camp. Park the tank on the marked location and then exit it and meet Soul. You will be in your boxers only as you get disturbed during the romance.

Go to Soul and talk to him about the attack of the Raffen. Here he will allow the Panam to rejoin the camp. After that Soul decided to move the camp someplace safer.

Soul appreciates Panam for her doings and apologies that he was wrong and she was right. Panam will be shocked after hearing it as she was not expecting that Soul will reenter him in the clan. Every camp members cheer Panam up.

Follow the Panam towards a bar-like place. During the walk, you both talk about the recent mission, and she thanks you for helping the camp. She also offers you to join the camp if you want. During this walk, you might feel dizzy and a bit scattered. No matter what you feel, just keep following Panam.

Panam will lead you to the bar. Go there and have some drink with her. She will offer you to join the Aldecaldos there. But you cannot join the camp. Have some drink and some chit chats. Before leaving the counter, you will have to choose what to say top Panam regarding the camp. You might offer your services for the camp.

After making the final decision, you feel dizzy once again. And then the condition worsens and you sell to the ground unconscious. Panam jump over the bar to pick you and that will be the last scene you will witness before going subconscious.

After gaining back consciousness, you will find yourself laying on the bed with Panam standing beside you. She will tell you that they moved the camp and take you with themselves. This is so because you were not feeling well.

Johnny has been tempering your mind so that’s why you might not feel well sometimes. She will ask you to talk to a doctor about it. But you know that it all will be just a waste of time, as you have already tried it.

After that, you will stand up and about to leave the camp. You will meet Mitch near the hut. He will also offer you to join the camp. But you cannot do so and move on by denying his request politely.

The next objective will be to follow the Panam. She will lead you out of the camp. She will show concerns about your health while walking out. She asks you that how she can help her to comfort you, but you have no clue about it. Give her a goodbye kiss and then she will leave by saying that you both will keep in touch. Here the quest Queen on the Highway will end and you will receive the reward of the quest.

This quest is pretty easy and there is no confusion where a player will feel lost. But still, some key things you should keep in mind while doing this mission and making choices in the quest.

We use cookies on our website to give you the most relevant experience by remembering your preferences and repeat visits. By clicking “Accept All”, you consent to the use of ALL the cookies. However, you may visit "Cookie Settings" to provide a controlled consent.
Cookie SettingsAccept All
Manage consent
<div class="cli-container