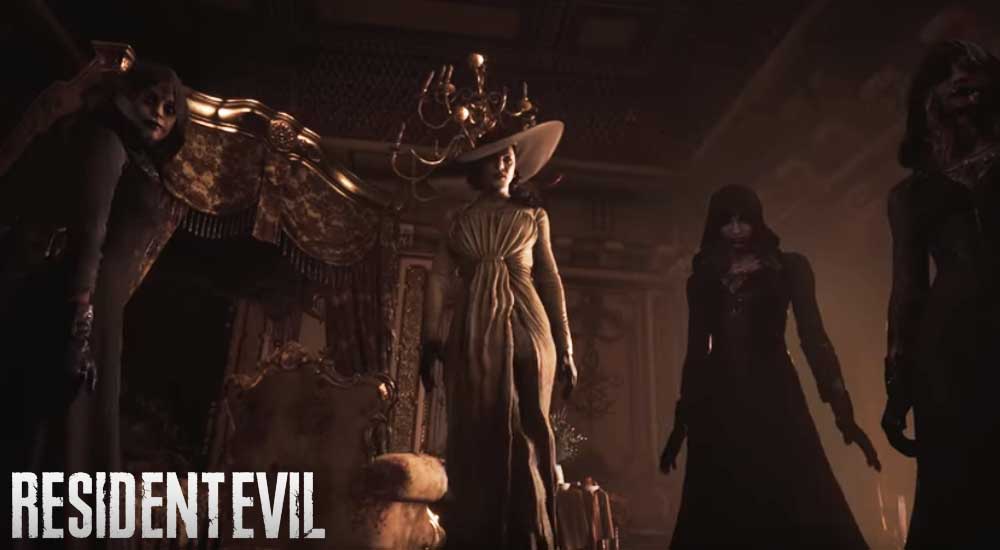 What trailer tells us about the game?

Three trailers have been launched to date for Resident Evil Village. The first trailer is a brief outlook of the game. If we see the first trailer carefully, we can see the two major locations of the map, and these are, the village and the castle.

The trailer starts with Mia telling the story to her child. Then as the trailer progress, different hints go through your eyes. You will see the castle, village, Chris, the tall lady and her daughter, and also Heisenberg. But the Capcom has maintained the mystery in this trailer.

The second trailer is similar to that of the first one. The major difference between the two is that in the first one, Mia is telling the story verbally only, but in the second one, you will also find an animation of the story. Through this animation, you will clearly understand the story. There has been a bit large part of Chris in 2nd trailer as well. Ethan seemed surprised finding Chris there.

The third is only on the castle. It circulates the lady Dimitrescu and her daughters that what they are intended to do. At the end of it, you will also see the entry of Heisenberg with flying objects around it. So he might have such powers.

The launch date of the Resident Evil Village

Though it is the 10th game of the series, it has been the continuation of Resident Evil 7 biohazards. So considering its predecessor, the Resident Evil Village can also be termed as Resident Evil 8. The game has been expected to launch on 7 May 2021. But the Capcom has released a demo version of the game, in January 2021. It is a brief demo so that players can get to know about the gameplay and graphics of the game. In short, the developers increased the temptation of the game for players by launching the marvelous demo.

Demo of the game

The demo of the game has been named “maiden”. As mentioned, it has been released in January and has a brief outlook of the gameplay as well as the story of the game.

It is brief and short gameplay of 20 minutes. In this, you have to escape the dungeons and you have only one objective. It has been evident from the gameplay of the Resident Evil Village demo that in the game you have to collect different items to make progress. It includes some keys to open doors, some other objects to solve the riddles, and many more.

As you make your way up to the castle, you start getting hints that you are not alone here. There will be 4 more ladies in the castle. You encounter them at the end of the demo. So in a nutshell, the game will not be easy, and in the demo, you will fail to complete your only objective and get caught by the tall lady.

Ethan is the main or player’s character of the game. The whole story of the game revolves around him. The story Resident Evil Village is the continuation of Resident Evil 7 biohazard, therefore the main character in both sequels is the same. So he might have various things in common from its prequel.

Mia is the wife of Ethan. She might the reason behind all the trouble because she has been working in a laboratory, producing bioweapon. The whole chain of the event starts from that laboratory.

There has been another member of Winter’s family, named rosemary Winters. She is the daughter of Chris and Mia. Due to unknown reasons, she has been kidnapped by a character named Chris. The reason for this kidnap is unknown and Ethan is leaving no stone unturned in getting her back.

Chris is one of the characters who has been a part of the Resident Evil series from the very beginning. In the Resident Evil Village, Chris has returned and seemed to kidnap the daughter of Ethan. The role and actions of Chris will have consequences on Ethan and his family.

One of the main or major villains of the game is Alcina Dimitrescu. The lady is famous with various names like “lady Dimitrescu” or “the tall lady”. This is because of her huge size. According to Capcom, the height of the lady Dimitrescu is 9 feet and 6 inches. She lives in a castle along with her three daughters. The whole story will unravel after the release of the full game.

Till the release of the complete game, all enemies are difficult to find. But from all trailers and the demo version, there have been some ideas or hints about obvious Resident Evil Village villains.

One of the enemies is Alcina Dimitrescu or the tall lady. She lived with her three daughters in the castle; one of the major locations of the game. All of them is a vampire and feed on the blood of the young. They mix blood in wines and make it thick and viscous. Through trailer and demo, it has been obvious that all 4 wicked women are villains of the game.

Chris has been the old character of the Resident Evil. In the trailer, it has been seen that Ethan is not happy about his return. The army which has been led by Chris also hit Ethan and send him unconscious. Chris also kidnapped Rosemary Winter, the daughter of Ethan and Mia. It is not evident up till now that he kidnaps the girl to save her from witches or for his gain. So the launch of the full game will decide the category of Chris, which up till now seems to be a villain.

Heisenberg has been the mysterious person of the game. He has appeared twice in the trailers. It’s the first time in 2nd trailer and then at the end of the 3rd trailer. His role is not clear yet. But lady Dimitrescu has been seen to talk about him on the fine. She seemed concerned about him that he might take her prey. So based on current clues and hints, Heisenberg may also be one of the enemies in the game.

A Game Inside the Game

The Resident Evil Village will have another online game in it, named RE: Verse. This has been a sort of team Deathmatch. Capcom mentioned that it is 6 player match, so it is not clear that six in each team or 6 in total. It will unravel as the game is released. In this Deathmatch, players have to kill the enemy to gain points. If you are killed by an enemy, you will respawn as a bioweapon to take revenge from your enemy.

It has been the free game along with the Resident Evil Village, so it will be pretty fun in playing it. As it has been the Deathmatch, it has no link with the story of the game. Just play and enjoy the game.

In this article, we have summarized all the findings and information currently on the table regarding the Resident Evil Village. The game has magnificent graphics, the demo version has proved it. A good storyline with indulging gameplay. Horrific villains and trustworthy friends, everything will be valuable in this game. As this all has just been a hunch, Capcom has defiantly kept various surprises secrete to startle its fan on the release of the full game in May 2021.