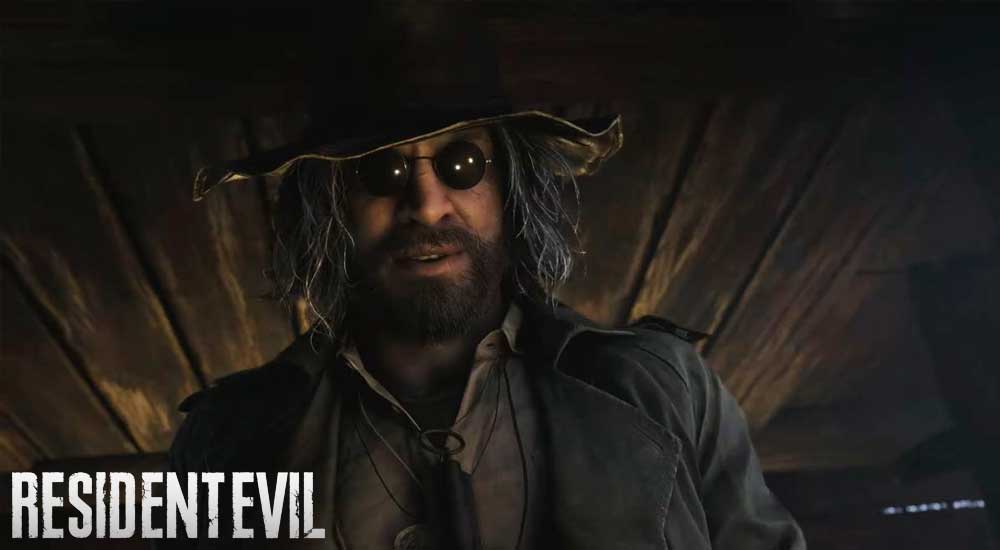 Resident Evil 8 has been expected to release in the coming months. Capcom has successfully kept the villains and heroes of the game secret till now. They released 3 trailers and Resident Evil demo version but still, no clear picture of a major villain or hero has been released.

Heisenberg has been one of the suspected villains of the game and there are many villains Characters in Resident Evil Village. In all of the three trailers, there has been a glimpse of the cow-boy-like-hat-wearing person. His name is Heisenberg. He is not present in the demo version of the game. Therefore it can be said that the demo version is only to tell about the tall lady dimitrescu and her daughters and the wickedness going on in the castle.

There has been no clear role Heisenberg has been known for now. In trailers, his appearance has been just for a little time in which he has been smiling wickedly towards the camera. But there has been a little more about him in the third trailer.

In the third trailer, lady Dimitrescu can be seen talking on the phone with some lady named Miranda. Alcina Dimitrescu has been telling her that Ethan has escaped from Heisenberg. The lady seemed worried as well as angry at the carelessness of Heisenberg.  She also seems worried about it due to the forthcoming event. That event is still unknown.

In the same trailer, tall lady dimitrescu has been standing near Ethan along with her daughters. She there told Ethan that he successfully escaped from his little brother. And on the phone call, she can be seen telling mother Miranda that Ethan escaped from Heisenberg. So it can be speculated that lady Dimitrescu and Heisenberg were brother and sister. Are they blood-related? Well, it is unclear for now.

Therefore from this perspective, it can be judged that Heisenberg and lady Dimitrescu might be working under mother Miranda and they both are answerable to her.

At the end of the third trailer, Heisenberg sounds torturing. He is moving towards Ethan with flying objects and saying “let’s what you are made of Ethan winters”. So there are two possibilities. One is that Heisenberg has been one of the villains and will torture Ethan. The second possibility is that he has been training Ethan to fight lady Dimitrescu and mother Miranda.

So like other villains and heroes, the role of Heisenberg is not clear yet. All of these have still been speculations.  The clear image of every character will unravel after the realms of the whole game. So in May, a curtain will be lifted from all the mysteries of the Resident Evil village.