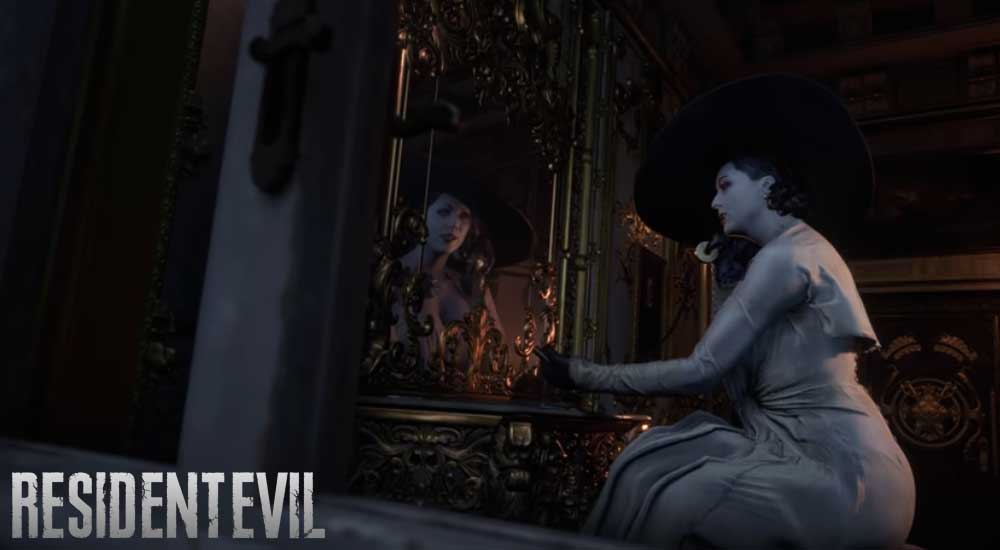 Expected villains in the game

One of the main or major villains of the game is Alcina Dimitrescu. The lady is famous with various names like “lady Dimitrescu” or “the tall lady”. This is because of her huge size. According to Capcom, the height of the lady Dimitrescu is 9 feet and 6 inches. She lives in a castle along with her three daughters. The whole story will unravel after the release of the full game, but there have been some hints from which it can be deduced that the lady Dimitrescu and her daughters are villains.

From its appearance, lurking look towards Ethan, sarcastic welcome to Ethan, attack of her daughters on Ethan and in the end attacking of the lady on Ethan shows that these mother and daughters are not friendly. All of these can be judged by watching the trailers of the game.

These things also get cleared when Capcom launched the demo version of the game. At the end of the demo, Ethan is attacked by one of the daughters of the lady. She was made up of flying insects and moths, so can move at a fast speed. As Ethan tried to escape the castle, a tall lady enters the castle, grab Ethan and slice her big nails into Ethan.

So from all these hints and clues, lady Dimitrescu and her daughter are not friendly but can be one of the main villains of the game.

Another expected villain Heisenberg in the game. His description is missing on the website of the game but has been seen in the trailer. At one place, the lady Dimitrescu has been seen talking about him on the phone. She seemed concerned about him. Further, at the end of the trailer, Heisenberg has been seen walking towards Ethan mysteriously, with flying objects around him.

The role of Heisenberg will not clear until the launch of the game. So it is not yet sure that he is a villain or a hero. But from his mysterious appearance and smug smile, it seems that he might also be one of the villains. His connection with lady Dimitrescu also increases the possibility of him being the villain.

Another mysterious witch has been seen in the trailer. As the appearance and look of the witch, she might also be the villain. Moreover, in the third trailer, when lady Dimitrescu has seen talking on the phone, she is talking with lady Miranda. So lady Miranda and lady Dimitrescu might be partners. Moreover, some cues also suggested that lady Miranda might also be the leader of one of the four houses of the game. The name of her house is still unknown though. The truth will be revealed after the complete launches of the game.

Chris is one of the characters who has been a part of the Resident Evil series from the very beginning. In the Resident Evil Village, Chris has returned. From the trailer, it has been evident that Chris has not come back for good. Chris has kidnapped the daughter of Ethan and Mia, Rosemary Winter. The reason behind this kidnap is still unknown.

In a different trailer, Chris seemed to guide the army of some soldier, who hit Ethan with their gun. So it can be concluded that Chris might also be one of the reasons. It is not clear that he is a hero or a villain, but it has been cleared that the actions of Chris will affect Ethan and his family.

In a nutshell, it has been pretty quick to tell that who is the villain and who is not. Capcom has been very good at keeping secrets and not revealing the main villains of the game. It does the same this time. So until the resale of the game, the villains are not clear. But after watching the trailers and playing the demo, it can be hypothesized that above lady Dimitrescu, lady Miranda, Chris Redfield, and Heisenberg might be the villains of the game. But still, the truth will reveal after the launch of the full game. So, sit tight, and be ready for the surprise from Capcom in Resident Evil Village.