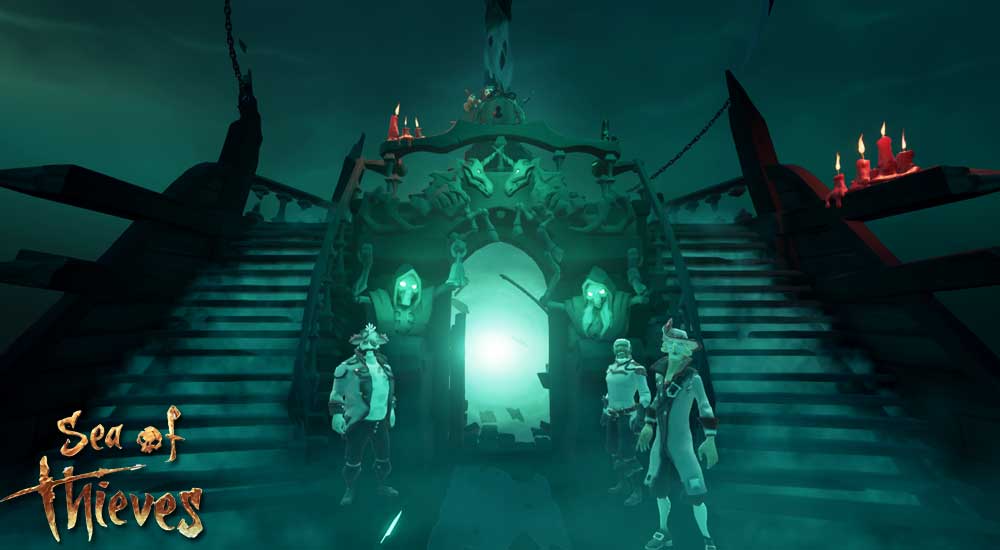 The fate of the Morningstar has been the 7th tall tale of the sea of thieves. It is a pretty easy tall tale as compared to its counterparts. There has been no wide range of possibilities. This mission has a single or two possibilities which directly lead to the end of the tall tale. Moreover, this tall tale is full of clear hints and clues, which makes this mission easier. So stick to the article to find the easiest way to do this mission.

Things to collect in Fate of the Morningstar

Start of Fate of the Morningstar

So to go to the Ferry of Damned, the player simply needs to die. After that, go to the Ferryman on the top of the ship, where he will be driving the ship. On the left side of the Ferryman, there will be a book named fate of the Morningstar. Vote for the book to start the mission.

Dig in front of that tree and retrieve the Ferryman’s Sarcophagus. The location and process of getting the lantern will be the same on both islands.

Find all the chests and keys

Now the next step is that the player needs to find all three chests and the keys. So turn to the next chapter in the book, which will tell the player where he needs to go. There are also again two possibilities, he needs to go either Southern Sand of Old faithful Isle or the North Beach on the Kraken’s fall. So head to the respective location according to the book.

In both islands, the player just needs to light up the lanterns and look for the skeleton ghosts and see their location. Follow them and they will lead the player to the key as well as the chests.

Hence the player needs to look for the ghost skeletons and their action. They can be pointing towards some direction, moving or running in some direction, throwing the key in some specific direction, firing cannon, burying up the chest somewhere, or anything related to the mission. These cues will clearly show the direction or location of the chests and the keys.

Therefore just follow the ghost skeletons to do the mission with ease.

After getting all three keys and all three chests, the player needs to open the chests. He can open them one by one as he finds a key and a chest, or he can collectively open all chests after finding all keys and the chests.

All the chests will have the soul of some specific person. As the player opens the chest, the souls free. And this has been the task that players need to do in this mission, to free the souls.

Head back to the Ferryman

The souls will fly from the chests a bit slowly. After the souls get free, head back to the Ferryman in the Ferry of Damned. Head back to him and interact with him to complete the mission.

After collecting all six items, open the chests and free the souls. Return to the Ferryman to complete the mission.

This mission is relatively self-explanatory, hence there has been not a lot to remember. But still, there are some things that the player needs to remember while doing this mission.