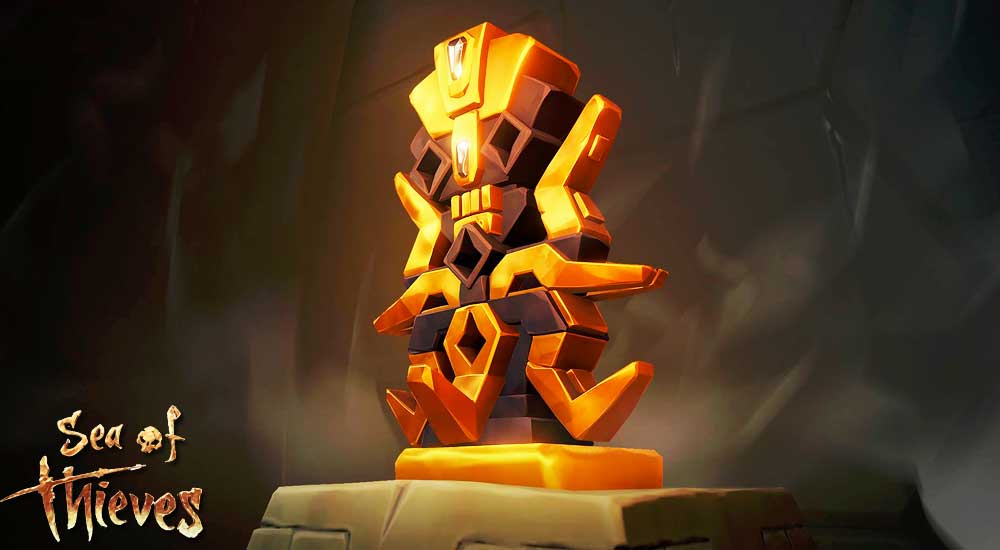 The sea of thieves game has been a pirate-themed game in which the player has to do some pirating mission. In the game, all collective missions are called the tall tale. There have been a total of nine tall tales, meaning that there are a total of 9 major missions in the game.

The first tall tale mission is called the Shroudbreaker. In this article, the player will get to know how to do the Shroud Breaker mission with ease and will find every tip and trick to do this mission in one go. So stick to the article to find the easiest way to the mission

1. Find The Mysterious Stranger And Talk To Him

To find the ship wreckage, dive into the ocean. The shipwreck will be on the northwest side of the lonely island. After finding the ship, look for the captain’s room in the wrecked ship. His room will be on the backside of the ship. After that, find the ship’s log in that room. The log will be on the floor in front of the chair. It will be easy to find as it will be different from other objects in the room.

After picking the log, come back up to your ship and look for the new book in the inventory. Open the log from the inventory and read it.

So after getting the chest, bring it back to the ship. After bringing it to the ship, open the chest and collect the pages inside it. Open the pages from the journal to find the next clew of the game.

4. Go to the Crook’s Hollow

The purpose of this article is to ease the player so he can complete the mission with ease. Therefore, just go to the Crook’s Hollow islands from the map. It will be near to the location from where the chest is found.

From the chest, the player will also find a totem. The player can bring the whole chest or only a totem to this island. Place the totem to the right side of the mark on a small platform near the lantern. As the player places the totem on the platform, a secret door will open which will lead the player into another cave or a vault. Go in there to make progress in the mission.

5. Complete the riddle inside the vault

As the player will enter the vault, he will find the table in the center with four pillars surrounding the table. In this vault, the second page will help which was retrieved from the chest. Use the right-hand page to solve the riddle.

As the player goes near the table, he will light up the fire. As the fire light ups, the vault will close and start filling up with water. If the player will fail to complete the riddle in time, he will drown and the mission will fail. Therefore he must need to solve the riddle to come out of the vault with the reward.

The player has to arrange the pattern of the four pillars with three different combinations to unlock another secret vault in the room. This might seem difficult but use the page to get the guidance. Just make a pattern similar to that of the page and repeat the combination according to that on the page and the riddle will solve.

6. Find medallions on the island

To collect the medallion, go to the mentioned location and start digging. After digging, the player will find the medallion. It will be circular with some pattern on it. After collecting the medallion, come back to the table and place it there to its specific location. After that, the location of the second medallion will show.

When all the three medallions will be placed in their location on the table, a small vault will open on the backside of the table. Go there, and the player will find the Shroud Breaker there. Pick it up and bring it back to the ship.

At that point, the player might encounter some skeletons. He can either fight them or can ignore them. Just come back to the ship with the Shroudbreaker.

8. Go to the mysterious stranger

After that, get back to any mysterious stranger and hand him over the Shroudbreaker to complete the quest. As the player hands over the shroud breaker to the mysterious man, the mission will complete.

To find the Shroudbreaker, there have been many spots where the player might feel stuck. To avoid this, there has been some important things that the layer must keep in mind to the mission with ease: