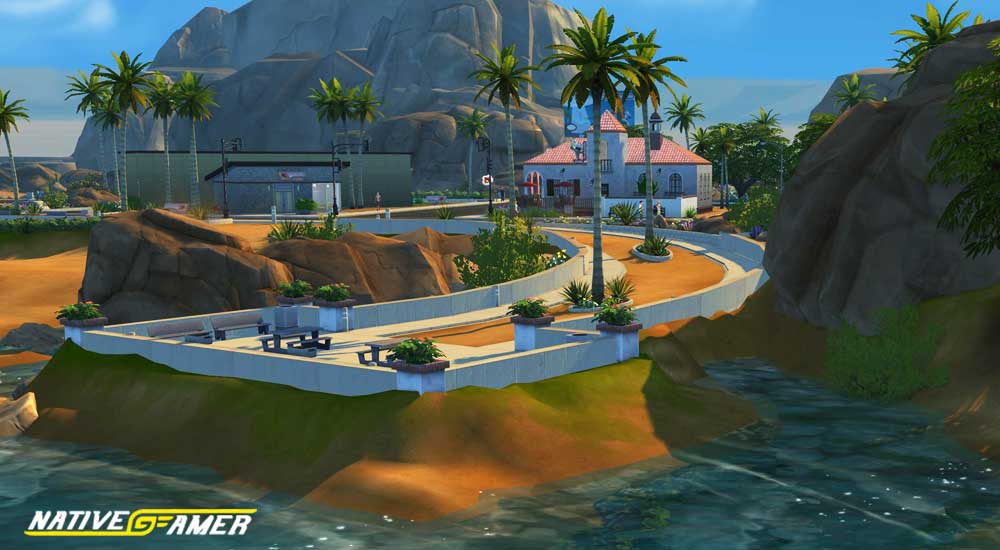 Dynamic games like sims 4 always try to entertain their players. Despite its old release, the game has been updating since then. Different mods in the game have kept alive the enthusiasm of the players. One of those mods is the graphic mod.

Graphics of the game attract players towards itself. Sims 4 graphics mod is a bit of old graphics due to its old release. But different developers have done a great job. They kept the amusement of the game alive by introducing graphic mods.

By installing them, the player can enhance the graphics of the game. The surrounding, weather, atmosphere everything can be changed. The feature and facial and expression of the player is also one of them.

The construction pattern of the buildings. The material used in the building is like bricks. Everything can be changed or enhanced by installing the respective mod.

In this article, we have summarized some of the best graphic mods of the game. They enhance the gameplay in various ways. So stick to the article to unravel the mysteries of the puzzling queries of your mind.

1. About Face by Pyxis

This graphic mod is regarding the facial features of the players. The mod is developed by Pyxis. This mod has enhanced facial features. Ear shape, lips shape, eye pattern, various things are modified. Hair design is also changed.

Moreover, the mod is in HD quality. This gives more details to the charterer. Hence it will change the player’s way to interact with in-game people.

ReShade is the addition of numerous details in the game. ReShade mod is developed by Crosire. This mod can increase the depth and color efficiency of the image. Increasing the depth gives a whole new experience to the gamer.

It also injects more colors into the game. More colors give more details. Therefore the player will get a chance to have more real-life experience in the game.

This mod mainly focuses on the detailing of the game. Vibrance ReShade is developed by MissLollypopSims. This mod adds vibrancy to the game. It increases the brightness of the picture.

Further, more saturation gives a more vibrant look to the eyes. This demolishes the dull look of the game. Adding new life to The Sims. More bright and vibrant colors provide more details. Thus increasing the never-ending fun of the game.

K707 Mod focuses on nature. This mod is developed by K-Hippie. The mod focuses on the all detailing of nature. The developers define it as the mod of trees and plants. But in reality, it covers all the nature.

Trees, plants, flowers, stones, lake, greenery, every natural biome of the game. It added more colors and detailing in these natural things. It doesn’t include animals. The only green surrounding is modified in this mod.

K606 Mod is all about the foundations of the game. This mod is also developed by K-Hippie. This mod includes all the detailing regarding the construction of the game. Specifically building material.

K505 Mod covers everything regarding terrains. Developed by K-Hippie as well. After installing this mod, the whole terrain surrounding the layer will change significantly.

If you are bored with your surroundings, just download this mod. This will add new power to the surroundings. Rocky mountain, flat grounds, green meadows, every terrain is far better than before.

Love Shade Vogue mod is also the type of ReShade. It is developed by HazelMine. This mod is for the brown Sims. It is named due to the love of the two brown Sims.

This mod has more vibrant and clear colors. Bright colors with blur background focus player attention towards the Sims only. Hence this mod will completely change the gaming experience of the sim.

So to work this mod properly, the player must need to have an EA eyelash first. Hence it will not work for children and toddlers. If you want to get rid of the thick eyelashes, this mod will do your dream work.

This mod is one of the face alteration mods. The mod is developed by Alf-Si. Installing this mod will add HD features to the face. The facial feature will not change.

The right color balance will do the work. A little alteration in the skin tone changes the look of the character. This mod is more focused on the eyes of the character. Eyes become remarkably HD and beautiful after downloading this mod.

Another masterpiece by K-Hippie. This mod is all for the texture of the building materials. K606 and K101 both will add new energy to the building of the game.

K101 has more detailing in bricks and wall arts. Wooden texture of the walls and floors have also improved much. More light has made the material more eye-catchy.

ReShade has been the general term used for the graphic mods in Sim 4. The ReShade of everything is possible in-game. The developer can enhance the texture and pattern of nature.

This will be called the reshaping of nature. Hence from building material to nature, everything is modifiable. The player can also enhance the look of his character. This all comes under the umbrella of ReShade.

This mod is developed by Pixelore. The drama ReShade has two categories. One is drama and the other is drama night. The drama will increase the daylight graphics.

It will also cover the well-lite area of the game. While night mod of it will increase the night view. It mostly brightens the dark areas. Both mods will add more colors and better graphics day and night. Hence the player can enjoy the real-life experiment in the game.

This ReShade is developed by Honeybodies. This mod will change the depth and detailing of the objects. More vibrant colors will attract more players. The magnificent background blur feature focuses attention on nearby things.

This will keep indulging players in the game. Moreover, more lights and detailing will also change the overlook of the city. Giving more details and saturation in the image. Thus the player will feel more nostalgic after installing this mod.

Money and Milk ReShade mod is developed by midpoosimmerr. This ReShade is all about mother and daughter love. All the graphic enhancement revolves around the little daughter and her mother.

Skin and hand detailing. Body-color enhancement, facial expression, and various other minor details are the quality of this mod. Magnificent background blur adds to the beauty of this mod.

The Clear Bloom ReShade is developed by picture amoeba. This mod is self-explanatory from its name. In this ReShade natural biome is changed magnificently.

More light and clear atmosphere increase visibility. Hence can help the player see the distant places. Whether it is day or night, the developer has done a tremendous job. They managed to increase and balance the color in every atmosphere.

There have been different mods in the sim 4. It includes a hair mod. The player can alter his/her hair according to the character. Stealthic is one of the hair mods developers.

He has developed a wide range of hair mods. This includes both male and female characters. The developer has covered every aspect. Long to short hairs, straight to curly hairs every type and style of hair. Hence this mod will give the new look to the character by altering his/her hair.

Hair Physics Simulation adds a more realistic feature to the hair. Every type of hair-specific movement. Longer hair moves more as compared to the smaller one.

The same goes for the curly and straight hairs. Thus their animation also varies accordingly. While jogging, exercise, bending over, the animation syncs accordingly. The player can download all these animations to increase the fun of the game.

Encore Eyes is the mod for customization of eyes. This is developed by kelly-hannah. Installing this mod will give a variety of eye colors to the player. This mod has 18 eye colors.

Some of these can be used to change the default look of the eyes. Others can bring back the same look. Hence the player can change the eye color according to his/her love.

After changing eye color, some players might want to do more. By using Kijiko’s 3D Lashes, the player can customize eyelashes as well. There have been two different types of eyelashes in this mod.

One eyelash style has large eyelashes. Others have a comparatively small one. The player can match the desired one according to the eye color.

PralineSims has been one of the developers who deal with the eyebrows style, shape, and colors. Single eyebrows style can have up to 16 different colors.

Besides, there have been several eyebrow styles in the game. Hence it gives a wide range of eyebrows to choose from. The same goes for the makeup. Makeup gives the final look to the character. Hence choose wisely.

The player can also customize the skin tone as they want. Vanilla skin mod is one of these mods. Developed by Luumia. This mod is the default skin tone.

Means it will change the skin of all the characters of the game. It has very fine detailing. Hands, feet, body posture, cleavage on the female body, everything. From butt shape to the chest, this mod covers every detailing. That’s why this mod applies to the character of every age.

There have been different developers offering HQ mod for the sim 4. This HQ mod will enhance the look of the game. Some players might not feel much difference.

But once they compare HQ and non-HQ mod, they will understand the difference. The HQ mode has more depth. More light and detailing ads to this feature. Hence HQ mode gives a more realistic experience to the gamers.