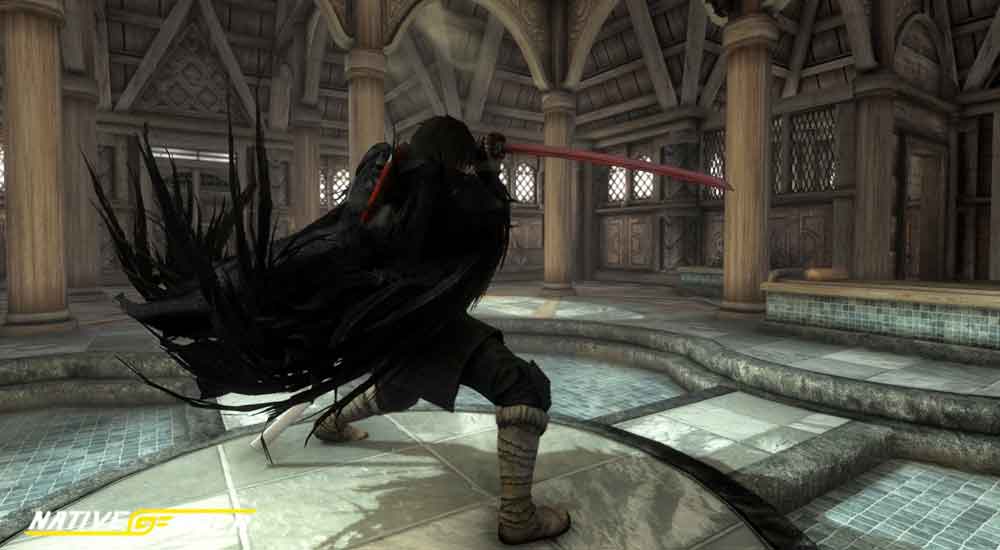 In this list, we are going to look at some of the best Skyrim Animation mods. Skyrim is a video game with plenty of different and unique mods. Each mod is well balanced and unique with a lot of different features.

The graphics of each mod is just mind-blowing and impressive. In Skyrim Animation, most of the mods consist of combat and movement animation and never fail to make the game more interesting and realistic.

Although there are not enough mods that can change the movement of the creature some are still unique which gives the best feel to the game.

Mods that change up the animation in Skyrim make you feel like you are playing a whole new game. Different types of animation are added to the game such as harvesting plants, lockpicking doors and chests, opening doors, and much more. Some of the best Skyrim Animations mods are mentioned below.

This mod provides the player with tons of tools to get started with new animations. Allow the animation for things like characters, creatures, furniture, and much more. Detailed instructions and video tutorials are available for the player to install this mod.

It is an essential tool for your animation mod to function properly. If you want to change your animation in the game then this mod is best suited for you.

This mod will help the player to swim in Skyrim in many different ways. It is an extremely simple mod that replaces the vanilla swimming animation to make it look more realistic than before.

If you had played dual wield character then you must have noticed some of the animations to be quite strange. To make the animation idle for running, turning, normal attack, and power attack this mod is best.

In Skyrim showing emotions is one of the things that seem to lack. But this mod aims to give a sense of emotion depending on the dialogue. Now your character can show if they are happy, angry, or sad.

The Sneaking animation in Skyrim looks quite unrealistic. The character is always bent towards the ground; it seems like he/she is in pain. This mod new sneaking animation comes with a straighter posture with no bent wrists.

From the name, it seems like your character is always sitting in a girly way. Although this mod is available for characters of all genders. This mod includes different animations to choose from based on what you prefer.

This mod is only for female characters. In this mod, you will get twenty different animation styles to choose from and replace the vanilla idle animation. This mod will make your character look more natural and realistic.

This mod includes unique animations for blocking your opponent’s weapon. This mod aims to make blocking feel more realistic and natural. These animations make it real when your character is defending enemies’ weapons left and right.

This mod includes the animation pack which only works at certain conditions depending on things like weather and fatigue. Some of these animations work with movement but some are only for idle characters.

This mod will make your character’s movement much more realistic and natural in all directions. Your character can now run, walk, or move in the direction they are facing. 360 movement for jumping, running, and swimming.

One of the worst things in Skyrim is that almost everything in the game moves the same. There is no difference in the movement of elders and adults. This mod provides a variety of animations based on things like personality type, conditions, and much more.

Pretty combat animation is customizable as compared to other mods in the animation series. It includes a huge amount of animation options for all the different weapon types. This mod includes a ton of new weapons and idle animation for walking, running, and turning.

This mod is to make character movement more realistic and natural than it was in the base game. If you want your game to be filled with many new animations and change the look of Skyrim then this mod is best suited for you.

If you want to make your kills in Skyrim more realistic then this mod will be a great help for you. The kill moves added by this mod in the game are insane.

With this mod female characters will get better face animation than before. The eyes and lips will move in a much more realistic manner. This mod will surely make your game better than the vanilla Skyrim.

If you want to see your hair movement in Skyrim then this mod is best suited for you. This mod enables hair movement by allowing custom physics into the animations.

This mod adds the new custom animation that replaces the old animation running movement which looks more realistic and natural. This mod is best for the players who play as female characters.

This mod is best suited for people who use one hand to hold a weapon and another hand to do magic. The previous animation in Skyrim was weak and is placed by better animation in this mod.

This mod adds a beautiful dragon wing for your character. The wing’s reaction towards the animation in the game is very realistic and responds to each animation in the most natural way possible.

This mod changes the way animation looks when you will cast any spell making them look more natural and realistic than they were in the base game.