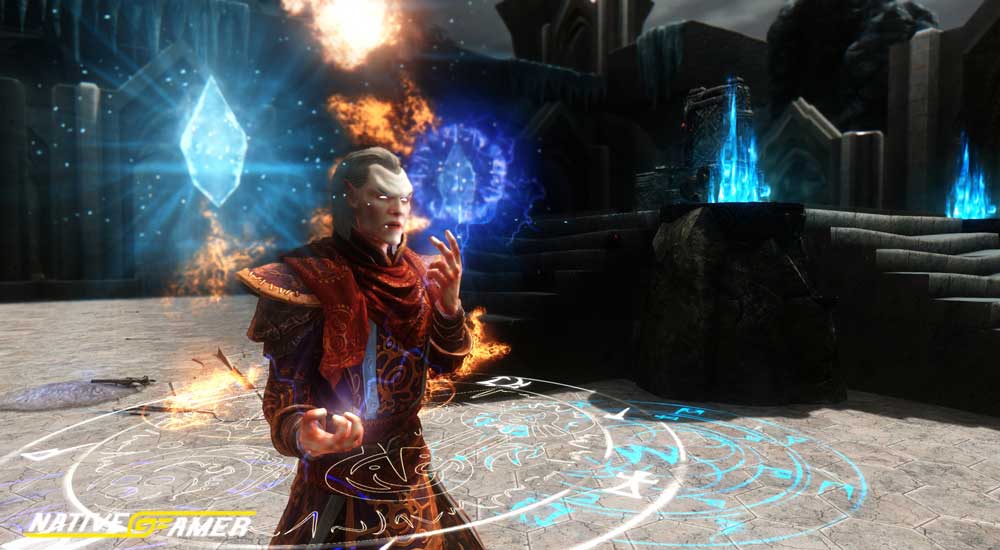 Skyrim magic mod is another unique mod that contains tons of magic spells that you can use during the fight and even many other times.

Practicing magic in Skyrim is one of the main reasons why so many people love Skyrim. You can even join various schools of magic to get enough variety to keep you entertained for hours.

But after playing Skyrim for decades the same old vanilla game people get bored. People are looking to add more spells and learn new magical goodies to keep the game fun and fresh.

To get rid of this boredom Skyrim has added many new spells and enhanced the existing ones also. Some of the best Skyrim Magic mods are mentioned below.

This mod adds over 350 unique spells to the game. Colorful Magic gives you a new taste of the way spell casting in Skyrim. This also adds many new enemies to the game among which you will find some friends that give you a magic vibe.

Face light spell is not so effective or powerful the spell only makes the lightning of your character’s face much more realistic. This mod is best for players who want to take close-up pictures of their characters.

This mod is a fan favorite because it can easily be customized. This mod gives you access to a variety of animations which you can add to your weapons to give them a different and unique look.

This mod gives the player the ability to create their spell and enhance their powers. In this mod, you can create your spells however you want them to look and use in the game.

If you want your weapons to look unique and different from others then this mod is best suited for you. This mod will make your weapon look unique depending on the type of enchantment that they have.

In this mod, you will be able to learn the way of force through the series of quests added to the game. This mod adds countless new abilities to the game as well as many new and unique weapons fitting a force user.

7. Spellmaking in Skyrim – The Last Altar

This mod is best suited for beginners; they can go to the altar and can create their spell. This means you cannot create spells other than the altar. In this mod, you can combine your abilities and spells to enhance your powers.

This mod is really fun to play with. As the name suggests in this mod you will be using many new powers and abilities to summon rocks and other natural elements.

In this mod, the player will find hundreds of new spells to be used by mighty mages who already have reached a higher level of the game. But some of the abilities will get repetitive as you reach a high level and it will get boring.

As the name suggests this mod will allow the player to play with time and bend whenever they want to. When you cast the spell you will have the ability to stop it at times.

This mod is ideal for the player who is playing the game as a vampire character. This mod will allow the vampires to travel fast and turn them into a cloud of bats and help them traverse Skyrim much quicker.

This mod adds 250 new abilities for the player in the game. In this mod, the player can summon new creatures, destroy foes with a powerful beam of energy, and can shoot magic arrows with new powers.

This mod allows the player to enchant and disenchant weapons and many other items that the base game would not naturally allow you to do. You can even enchant many new weapons and arrows.

This mod allows players to add a new spell to the game without worrying about spells being broken or too overpowered. This is one of the best mods for keeping things balanced and in check.

This mod adds many new and unique spells to the game that introduces many new features. One of the best features is that you can combine different spells to create a new magical spell.

This mod does not introduce a lot of spells in the game. The main purpose of this mod is to provide the player with a small roster of new spells to cast all of which like they belong to the game and compete with each other.

Riding the dragon is cool but becoming one is far cooler. In this mod, players can use a powerful spell that lets them lift off from the ground with ease. And tons of animations are included in this mod to make you feel more immersed.

This mod adds fire, lightning, and much more with a new and well-defined texture. Due to this mod, the impact size of each spell is now bigger and better. This mod changes the texture of the object or item when the spell hits them.

This is one of the most popular mods in Skyrim which adds over 155 new spells. All the spells are carefully crafted, unique, lore-friendly, and balanced and each spell includes amazing texture.

This is one of the best mods which adds over 75 plus new spells to the game. Each spell is well balanced, lore-friendly, and unique. This mod opens up new possibilities for nearly every playing style.

22. Strange Runes by power of three

In this mod, you will find over 55 different types of runes based on the spell being cast. It is also compatible with every single spell mod by default.