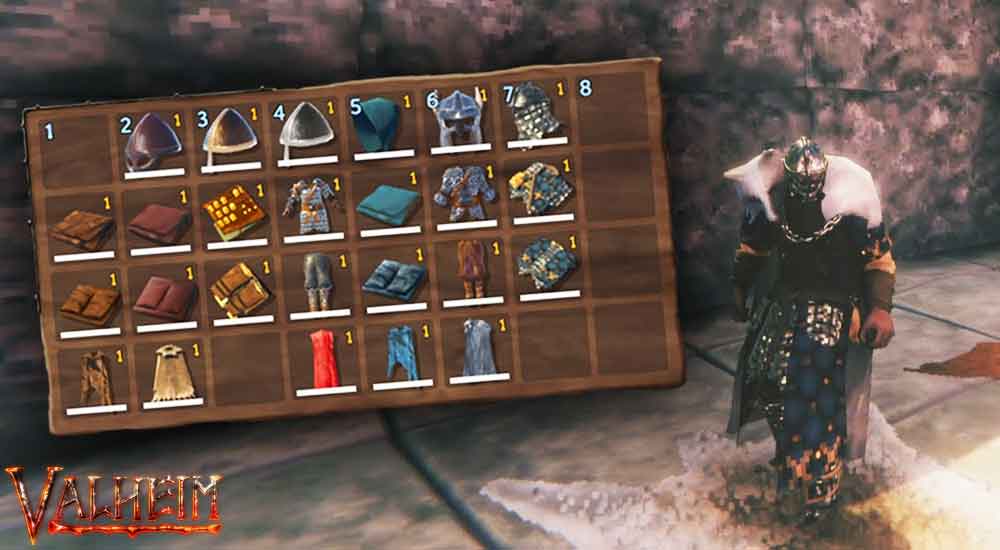 In Valheim, everything revolves around the one major thing and that is, how to survive in the game? Therefore, the player has to devise such techniques and strategies, which help him in surviving in the game. The player has to craft weapons, grow food, and build his home to survive the cruel; world of the Valheim.

Importance of armor in Valheim

In addition to all these, another important thing that the player must require to survive is the armor set. The player has to fight with several different enemies and bosses. Some of These enemies are bosses who are very powerful and can even kill the player with a single attack if he is not equipped with proper armor.

Moreover, some armor sets also provide defense against climatic conditions. One example of this is the wolf armor set. It helps the player against h the harsh condition of the mountain biome and mitigates the frost damage.

Types of armor in the game

There have been a lot of different types of armor in the game. Armors are categorized according to the tier. There have been seven tiers of the armor for now in the game. As the game is in its early access mode, there are possibilities that the developers might add some later on.

For now, tier 1 is the most basic type of armor and tier 7 is the most advanced and the strongest armor of the game. As the toughness of the armor increases, the material needed to craft this armor also increases.

Moreover, the armors consist of different pieces. Some armors are made of only two pieces while in some cases it can go up to 4 pieces per armor set. Armors of the Valheim, including Valheim Armor tier, are:

Wolf armor set is the armor set of level 6. It is the only armor set that can save the player from the frost damage of the mountain biome once and for all. The frost armor consists of three pieces:

Every object, weapon, set, tool and building required materials. These materials help in building the whole complete set or weapon on anything which the player is intended to make. The same goes with the Valheim wolf armor set. All three pieces of wolf armor set required similar materials. But every piece requires its specific amount of material.

Now once the players have all the required material, they can just go to the workbench and can craft the whole set.

Padded armor is the most resistant and tough armor set of the whole game. It has the maximum tier level and that is 7. Like some armor sets, the padded armor set also has a lake armor cape. Therefore, in some cases, the player can craft a linen cape separately to add to the strength of the armor.

Each piece of padded armor also requires a specific item to get crafted.

In this armor, there has been a new thing that is not present in any armor set before. To get this item, the player needs to explore the plains biome. That unique piece is linen thread. The linen thread cannot be directly mined from the plains.

First, the player has to go to the plains biome and find the Fuling village. Then the player needs to find the flax there after killing the furling. Then the flax is added to the spinning wheel to get the linen thread.

In a nutshell, there has been a total of 7 armors set in the game. But the goal of this article is to discuss the best one. Therefore only the two best armors set are discussed in the article. The Wolf armor set made the player explore the mountain biome, while the padded armor set made the player explore the plains biome. The padded set is the most powerful armor set of the game. The linen cape adds to its strength and thus adds great defensive power to the health bar of the player.

Valheim Weapons: The Best Weapons in the Valheim

Valheim Core Woods: How & Where to Find the Core Wood?