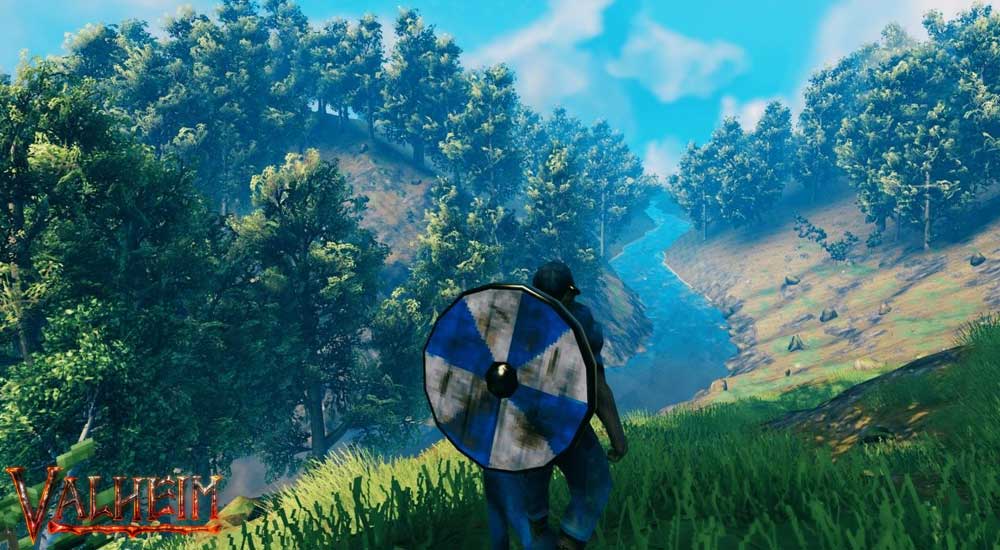 Valheim has been the game with a mix of different types of environment, gameplay, strategy, weapons, tools, and various other things. These things increase the player’s interest in the game.

So in this article, you will get to know about all biomes, the nature of the biomes, which biome is friendly and which is dangerous. Therefore stick to the article and enjoy the diverse biomes of the Valheim.

The most common animals of this biome are deer, gull, boar, grayling, and many others. The major villain or boss of the biome is either. The number of trees and fruits can be grown and can be found naturally in this biome. Different types of ores and potions can and materials can also be found in this biome with ease.

The black forest biome shares its boundaries with the meadows. As the name indicates, this biome consists of dense and dark forests. In these forests, there have been various hostile animals and other beings. Thus this biome is a mix of friendly as well as enemy organisms.

The player can find specific ore and minerals which can only be found in this biome. It includes Valheim copper and tin. Both are used in upgrading the crafting table. This biome has a large number of the skeleton which tends to kill you.

The major boss or the villain of this biome is The Valheim Elder Boss. Therefore don’t forget to take your weapon along with you while going to the dark forest. Players can find different types of food and other edible things with great nutritious value in this biome. Some rare trees can also be found in this biome.

The swamp has been considered the most hostile biome of the game. It has the most number of enemies. As the name indicates, this biome is full of sludge, mud, water, and various other dirty and poisonous things. The Valheim scarp irons can be found in this biome.

This biome is foggy and has a dirty environment. The player can find slime and dirtiness everywhere in this biome. That’s why the boss of this dirty and dangerous biome is the Valheim Bonemass Boss.

The mountain has been the coldest biome of the game. It has been filled with snowy mountains and ice caps. Therefore if the player will try to go there without taking the necessary measure, he will take the frosting damage and will die eventually.

Therefore before going to the mountain biome, the player must take forest resistant mead, cover himself with every possible cloth and take every measure to avoid getting cold.

The animals which can be found at these extreme conditions include wolves, Drake, stone golem and some other. These animals are hostile. The boss of this biome is Moder.

The elements and minerals which can be found in this harsh biome include silver and obsidian. These are somehow rare elements. Therefore exploring this biome is pretty worth it because the player can find various rare items from this biome.

The next biome is named plains. This biome is also self-explanatory. It has large grassy plains. Some players might expect to find some sand in this biome, but that’s not so. This biome has brown large grass spreading all over the biome.

Both friendly and hostile animals can be found in this biome. They include Lox, gull, Fulling, Deathsquito, and many more. The boss of this biome is Yagluth.

The minerals, ores, and food that can be crafted from this biome include birch, flex, barley, etc.

There have been very few animals in this biome as compared to other biomes. Only Fish, Leviathan can be found in this biome. Valheim Sea serpent is the boss of this biome.

Yet to come biomes

The Valheim has a total of 6 biomes for now and 3 are expected to be released in the future. All of this and upcoming biomes as well have unique features and character. They possess their uncommon sites and features. Different plants, animals, foods, minerals, and ores can be found in different biomes. Therefore Valheim has provided a great diversity of environment to its players and tries to indulge them more in the game.

This website uses cookies to improve your experience while you navigate through the website. Out of these, the cookies that are categorized as necessary are stored on your browser as they are essential for the working of basic functionalities of the website. We also use third-party cookies that help us analyze and understand how you use this website. These cookies will be stored in your browser only with your consent. You also have the option to opt-out of these cookies. But opting out of some of these cookies may affect your browsing experience.
Necessary Always Enabled
Necessary cookies are absolutely essential for the website to function properly. These cookies ensure basic functionalities and security features of the website, anonymously.
Functional
Functional cookies help to perform certain functionalities like sharing the content of the website on social media platforms, collect feedbacks, and other third-party features.
Performance
Performance cookies are used to understand and analyze the key performance indexes of the website which helps in delivering a better user experience for the visitors.
Analytics
Analytical cookies are used to understand how visitors interact with the website. These cookies help provide information on metrics the number of visitors, bounce rate, traffic source, etc.
Advertisement
Advertisement cookies are used to provide