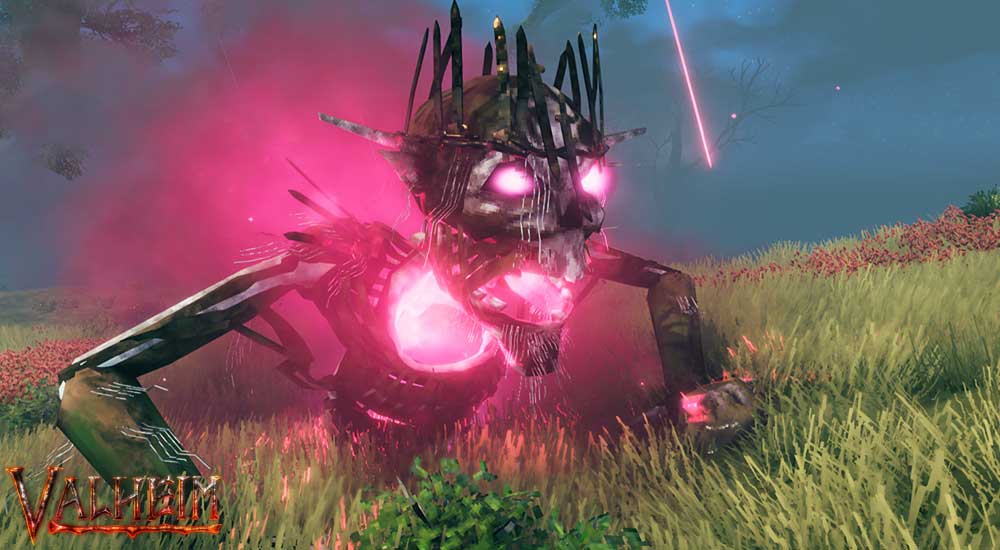 Valheim is a Viking-themed survival game. In the game, there have been six major Valheim biomes, namely, meadows, black forest, swamp, the mountain, ocean, and the plains. Three more biomes are predicted to be launched soon in the game.

Every biome has its specific features, enemies, materials, ores, and bosses. As the game is in its early access, for now, there have been only four bosses in four different biomes of the game. These bosses have their unique abilities according to their respective biome. Descriptions of each boss and their location and how to summon these bosses are all mentioned in this article. So stick to the article to know everything about the bosses of the Valheim.

The Eikthyr has been the first boss which player encounter after starting his journey as a Viking. Defeating this boss will help the player in progress in the game. At the start of the game, the player spawns in the meadows biome. This biome is relatively friendly and has more materials and different objects as compared to the other biomes.

The Eikthyr is a huge stag with gigantic antlers. He can damage the player by throwing electric bolts from its antler and also stomp its opponents. He can be found near the spawning site of the meadows.

After going to the mark location, just respond to the prompt and after giving the sacrifice, the boss will be summoned. Fight it and kill it to get magnificent rewards.

The Elder is the large sticky monster. It is tall and possesses branch features. Its special attacks also include the growth of roots and things like that. To summon this boss, the player requires 3 ancient seeds. Find the location of the boss using summoning locator points. Then follow the location and defeat the boss.

The Bonemass is the 3rd boss of the game. It is located in the swamp biome. The environment of the swamp is dirty, filthy, and smelly. There have been muds and poisonous things all around the biome. Like the biome, the boss of the swamps also has similar features.

The Bonemass has been the huge slimy boss. Its special attack is to throw or secrete poisonous gas which can damage the player a lot. To fight this boss, the player must need a strong melee weapon. Unlike other bosses, it will take no damage from the bow and arrows. Therefore the player needs to be close enough to the bass to kill it with ease.

To summon the Valheim Bonemass Boss, the player needs 10 wither bones. After getting the required wither bone, just go to the swamp biome and find the altar of the Bonemass. Go there and summon the boss and defeat it to get great rewards.

If somehow the player manages to survive the frost attack, the wolves of the mountain will give the player a tough time. The wolves can give a lot of damage. If the player encounters more than one wolf at a time, there are high chances that he might not survive that attack of the wolves.

In such harsh conditions of the biome, the boss of the mountain is likewise difficult. It has been the most difficult boss. Special kinds of fire arrows are required to fight with this flying dragon.

To summon the Moder, the player needs three Valheim dragon eggs. After collecting the eggs, go to the summoning altar and do the sacrifice to call the boss. After that, fight the most difficult boss of the game and defeat it to get awesome rewards.

In a nutshell, there has been a total of four bosses in the game for now. It has been speculated that the developers might add more bosses later in the full version of the game. Till then, the Moder is the most difficult boss to fight. Take proper precautions and follow the guidelines regarding each boss. Follow the tips and tricks to defeat each boss with ease.

Valheim Iron: How to Craft & Find Iron in Valheim