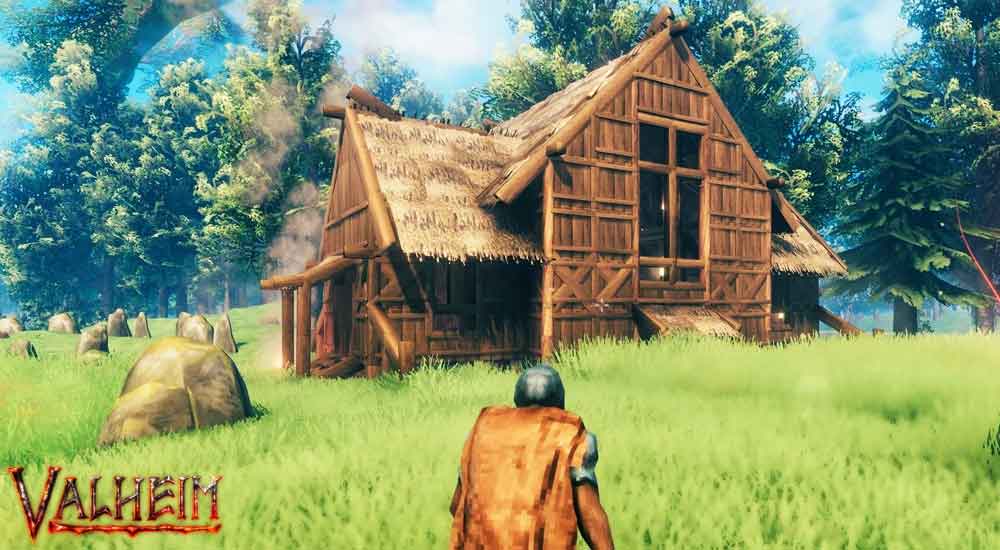 Valheim has been a survival game in which the player has to do every possible thing to survive. He must need to build a house, craft weapons, and also make a defence system for himself. Moreover, the developers have tried every possible way to add real-life mechanics to the game. The game of the graphics does reflect that but the mechanics of the game describe this efficiently.

Like other surviving strategies, building your house or town is the most important thing. This is so because your house or town will have every piece of belongings of the players. He can sleep, rest, grow fruit and vegetables, craft things, collect things, and can perform several tasks there. Therefore the building in Valheim has been one of the most important things that need to be done with great efficiency.

In this article, the reader will get to know about the basic does and don’ts while constructing his home or hometown. So stick to the article to learn the magnificent tips and tricks regarding building in Valheim.

Build house at the beginning of the game

At the start of the game, collect things and construct your home. It can be of a single room and made of only woods, but the player must have a house. He can use the hammer to construct the house. Woods can be found with ease here and there in the biomes of Valheim.

Next important thing is to maintain your house. Once the player has made his house, he needs to take care of it. If the house is made up of woods only, it will start to decay after one or two showers of rain. This is because wood hates rain and developers tried to put real-life mechanics in the game. So, repair the house by using the hammer.

Don’t construct the unstable or flimsy structure of the house

Now some players might wonder how to check that their house is secure and strong. The simplest thing to do while constructing the house, when the player is about to place the building material, some different colours will be shown according to the location of the material to be placed. These colours indicate the strength of the material that the player is about to place.

The blue colour represents the strongest, green is less strong, orange is weak and red means that the structure is most flimsy and unstable. Therefore avoid constructing in the red parameters.

Workbench is the main thing in Valheim. It helps the player not only on constructing new things but also facilities in manufacturing and new things. Construct a workbench in the close environment. Try to cover it with the appropriate structure. By using the workbench, the player can upgrade his homeland hometown with ease.

After building the house, try to manage things and avoid overcrowding of things. The one example of this is that, place chest boxes one over each other. If the boxes were placed on the floor in the horizontal direction, they would take up a lot of space. Therefore pile up the chest boxes one over the other in the vertical direction. In this way, the player can use vertical space with great efficiency.

Before farming or constructing anything, it will be better if the player levels the surface. This is so because it has been observed that if things are placed on the flattened surface, it will yield more [positive results. On the other hand, if farming is done on the even surface or natural terrain of the game, the results will not be as efficient as otherwise.

If the player has decided to upgrade his house or wants to add something new, the old thing should be demolished first. This is not necessary. But by doing this, the player will make more space to upgrade and can maintain his house with ease.

If the layer wants to build on the old building, then there is no need to destroy it.  But never keep the unwanted building or building-related thing. Demolish it if the player doesn’t need it.

In a nutshell, it is important to maintain building-related things efficiently. Don’t try to overcrowd the house. If the player does so, the game will lag and he will not be able to play efficiently. Therefore, follow the above-mentioned tricks to construct one of the best houses of the game.