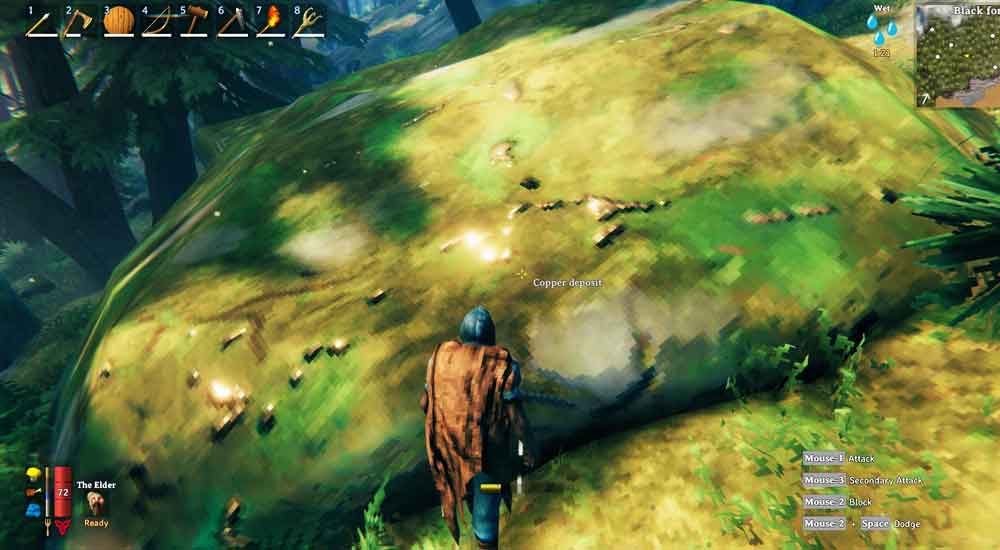 Valheim is a survival game in which the core materials are the key to the survival of the player. It is of great importance that what type of material the player collects and where he will utilize these materials.

There have been different types of materials. Some can be collected, some can be crafted, some smelted and some can be forged. In some cases, the materials can directly take from the animals. Most metals in the game can be smelted.

Copper is one of the metal which is smelted from its ores. The ores or reservoir of the Valheim copper ore mined from different biomes and then out in smelters to collect copper material. This copper material can then be used in making and upgrading a variety of different products.

As the player spawns in the meadows biome at the start of the game, there has been a lot to explore in this biome. The player can get the number of things and products from this biome. Every basic necessity to survive and to even fight the first boss can be found in this biome.

Therefore copper ores are also located in this biome. The player can find the copper reservoir all across the meadows biome. But the problem with copper reservoirs is that they are very difficult to differentiate from the ordinary grassy stones.

Copper reservoirs can be mined by using a pickaxe. The pickaxe can be made after defeating the first boss of the game. After making the pickaxe, the player can mine the copper with ease. But there is a drawback of pickaxe and that is, it gets damaged after mining some copper reservoir.

Therefore, it has been suggested that when the player finds a copper reservoir, he must construct a workbench near this reservoir. This is so because the player can repair its pickaxe with ease. If he has a workstation far from his home, he has to travel again and again to repair its pickaxe. Therefore make a workbench near the site of the copper reservoir.

Smelt the reservoir at night so that after smelting, the player can just sleep to pass the in-game time. So that when the player wakes up, the copper materials will be produced already. When the player collects the first copper material, all-new recipes involving copper will unlock. These recipes can be seen on the top left corner of the screen.