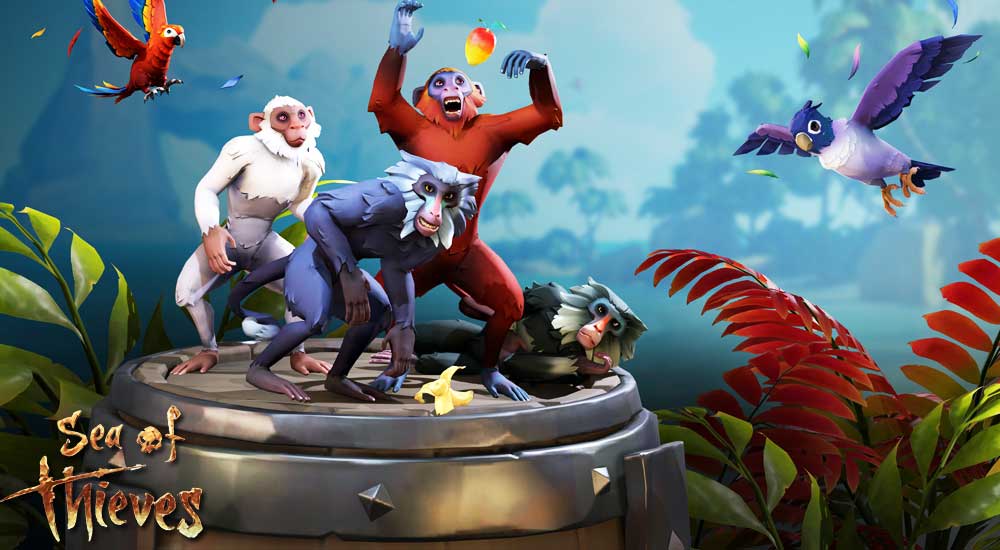 Sea of Thieves has been a multi-directional game. In this, the player gets a chance to enjoy the real-life experience of the pirates. He has to do various missions and quests to make progress in the game.

Like other items, the player can also catch and sell the animals in the sea of thieves. But catching these animals is not so easy and simple. Every animal has its unique requirement and food to get tamed. In this article, the player will get to know about the location and the procedure about how to capture and tame the animals and how to utilize them in the game. So, stick to the article to get to know details about animals in the sea of thieves.

Animals in the Sea of thieves

Location and other information regarding Chicken

Chicken has been the most easily captured animal in the sea of thieves. As chicken is the most vulnerable and less harmful animal, it is no different in the game. The player just needs to get the cage of the chicken from the respective merchant and find the chicken at their specific location.

After that, approach the chicken and just simply capture it in the cave. There have been specific locations or islands where the player can find the chicken.

Location and other information regarding pig

Pig is at the second number in getting captured. They are a bit difficult as compared to the chicken. After getting the cage of the pig, the player needs to find the pig in the respective islands. Approach the pig and before capturing it, feed it with a banana. It will tame the animal and the player can capture it with ease.

Moreover, when the pig is hungry, he will sit down. When the player feeds him a banana and feeds it, the pig will stand back. It means that the position of the pig will indicate that either it is hungry or not. So from both visual and aural cues, the player can judge the carving of the pig.

The locations where the pig can be found are:

Location and other information regarding snake

After capturing the snake in the respective cage, this is not it. As the player picks up the cage with the snake, he must need to keep an eye on the snake. If he takes his head out of the cage, it will definitely gonna bite the player.

So when the player notices that his head is out of the cage, place the cage on the ground at once and play the music again to tame the snake. If the player is playing with a group of friends, one can play the music continuously and the other can pick the cage to take it back safely to the boat.

The locations where the player will find snake are:

Location to place the respective animals

After catching the chicken, it does not need any caring or rearing. So the player can place it to the lower part of the boat. The pig needs to get fed after a while, hence the player needs to place it near himself. So the best place is near the steering wheel of the ship. Whenever the player observes any visual or audio cue regarding the craving of the pig, feed it banana at once.

Talking about the snake, keep it as away as possible. This is so because it can come out of the cage. Therefore place it on the stick in front of the boat. If he gets out of the cage, it cannot damage the player at once. Moreover, the player will also get a chance to play the music and tame it again until he can place it back in the cage.

The player cannot just keep any animal in any cage. He needs to find a specific cage to keep the specific animals. Once the player starts the animal voyage, he needs to get the cage from the respective merchant.

After following the above-mentioned tips and tricks, the player can easily find and capture the respective animal. Just get the respective cage of the animal and use mentioned techniques to capture each animal. Place them at a specific location to keep them safe from the attack of the cannons.

Do not have any explosive material near it. Moreover, follow the tricks mentioned in the article to deal with animals in their easiest way.

Sea of thieves Tall Tales Guide: How to complete all Tall Tales Missions